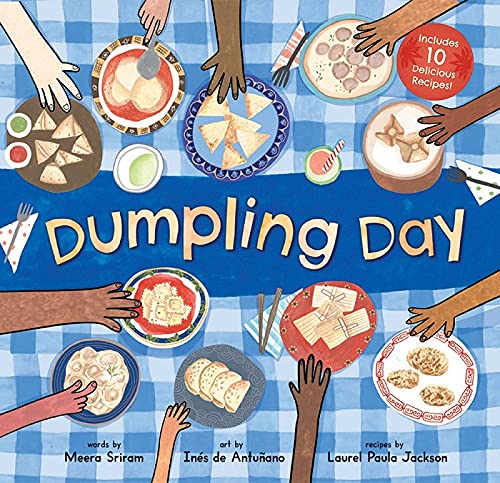 Savor a rhyming celebration of one of the world’s most universal foods! Readers follow ten diverse families as they cook dumplings inside their homes in preparation for a neighborhood potluck. Dumplings are added to plates one by one, encouraging children to count with each new addition. Authentic recipes for all the dumplings and a map showing their regions of origin are included in the endnotes.