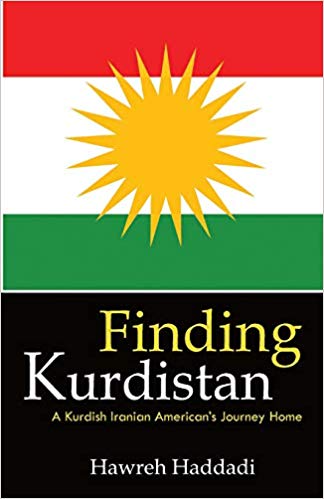 In his high school, he’s a regular teenager with a funny name (“Like Hip Hip Hawreh” he tells bewildered teachers). At home, he’s part of a family of Iranian immigrants, Kurds who fled the dangers of the middle east when Hawreh was a toddler. Finding Kurdistan is the story of the Haddadi’s visit to Iran in 2010, and Hawreh’s awakening to the rich culture and history of his family and the culture shock of leaving behind his basketball hoop, his PlayStation, and reruns of The Simpsons. Reconnecting with cousins, hearing the stories of his father’s bravery as a Peshmerga freedom fighter, climbing mountains, and eating kebab until he fears his stomach will burst – these activities fill the days of an incredible summer. Unfortunately, other realities of being a Kurd in Iran also play a part. The stories of daily brutality by the Iranian regime become startlingly real when the Haddidi’s are unexpectedly detained and questioned. Two days of terror and uncertainty drive home for Hawreh the fact that his people are not free, that Kurdistan is more than just an idea. It’s a living and hospitable region that millions of Kurds inhabit. Unfortunately, America and the rest of the world continue on without paying much attention. Told with the wit and innocence of a teenager, Finding Kurdistan makes a better case for peace and human rights than any academic treatise ever could.