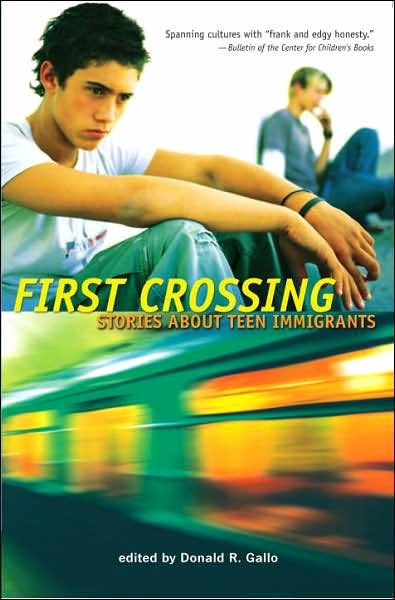 “Newly transplanted teens will find the voices represented in this collection far more relevant than those echoing forth from the huddled masses of Ellis Island, and American-born readers will gain insight from the palpable depictions of what it’s like to be thrust into ‘the middle of a game where [you] don’t know the players, the rules, or even the object.'” –Booklist

Fleeing from political violence in Venezuela, Amina and her family have settled in the United States. Sarah, adopted, is desperate to know her Korean birth parents. Adrian’s friends have some spooky — and hilarious — misconceptions about his Romanian origins. Whether their transition is from Mexico to the United States or from Palestine to New Mexico, the characters in this anthology have all ventured far and have faced countless challenges. Each of these stories is unique, and each one has something to say to all of us.