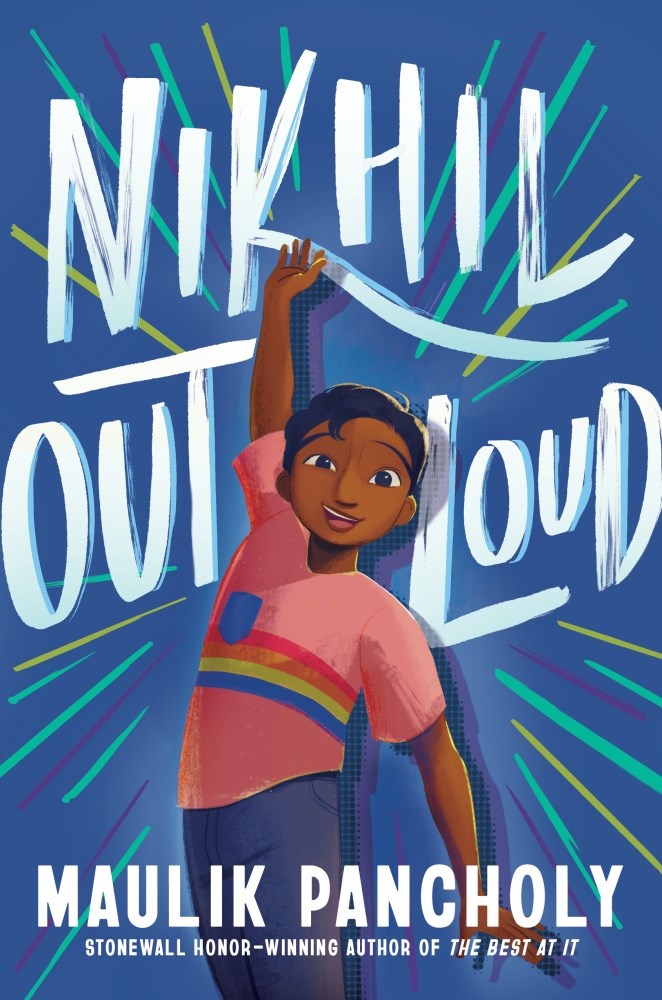 “…a layered coming-of-age tale, melding puberty’s woes with familial expectations and grief…. The sweet, peck-on-the-cheek–level romance is delightfully middle school—as is the squeeworthy joy alongside more difficult moments. A timely affirmation that hate has no place in school.”

Thirteen-year-old Nikhil Shah is the beloved voice actor for Raj Reddy on the hit animated series Raj Reddy in Outer Space. But when his mom temporarily moves them to the small town in Ohio where she grew up to take care of Nikhil’s sick grandfather, Nikhil feels as out of orbit as his character.

Nikhil’s fame lands him the lead in the school musical, but he’s terrified that everyone will realize he’s a fraud once they find out he has stage fright. And when a group of conservative parents start to protest having an openly gay actor in the starring role, Nikhil feels like his life would be easier if only he could be Raj Reddy full-time.

Then Nikhil wakes up one morning and hears a crack in his voice, which means his job playing Raj will have to come to an end. Life on earth is way more complicated than life on television. And some mysteries—like new friendships or a sick grandparent or finding the courage to speak out—don’t wrap up neatly between commercial breaks.

READ An Interview Between Maulik Pancholy and John Schu