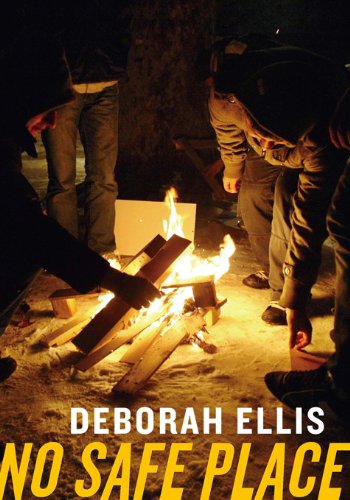 “Orphans of the world and victims of human trafficking need all the press they can get, and this book does a great job of introducing the topic and allowing young people to see beyond the headlines of ‘Another illegal accidentally dies in Chunnel.’ ” –School Library Journal

Orphaned and plagued with the grief of losing everyone he loves, 15-year-old Abdul has made a long, fraught journey from his war-torn home in Baghdad, only to end up in The Jungle a squalid, makeshift migrant community in Calais. Desperate to escape, he takes a spot in a small, overloaded England-bound boat that’s full of other illegal migrants and a secret stash of heroin. A sudden skirmish leaves the boat stalled in the middle of the Channel, the pilot dead, and four young people remaining Abdul; Rosalia, a Romani girl who has escaped from the white slave trade; Cheslav, gone AWOL from a Russian military school; and Jonah, the boat pilot’s ten-year-old nephew. As they attempt to complete the frantic and hazardous Channel crossing their individual stories are revealed and their futures become increasingly uncertain. No Safe Place is a novel of high adventure and heart-stopping suspense by a writer at the height of her powers.