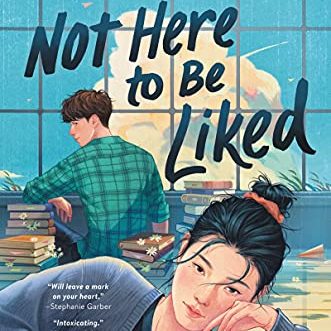 Eliza Quan doesn’t need you to like her. She puts in more hours than anyone else and isn’t afraid to speak her mind, which makes her the perfect candidate for editor in chief of her high school paper. At least until ex-jock Len DiMartile decides on a whim to run against her. Suddenly, her vast qualifications mean squat. Eliza tries too hard (and somehow also not hard enough), while the inexperienced Len, who is tall, handsome, and male, just seems more like a leader.

When Eliza’s frustration about the sexism spills out in an essay gone viral, she finds herself at the helm of a feminist movement she never meant to start, caught between two camps at school: those who believe she’s a gender-rights champion, and others who think she’s simply the girl who cried misogyny.

Amid this growing tension, the administration asks Eliza and Len to work side by side to demonstrate civility. But as they get to know one another, Eliza feels increasingly trapped by a horrifying realization—she just might be falling for the face of the patriarchy himself.

In this modern romantic comedy, debut author Michelle Quach brings sharp humor into the story of an ambitious young woman who proves that you don’t have to be likable to be loved.