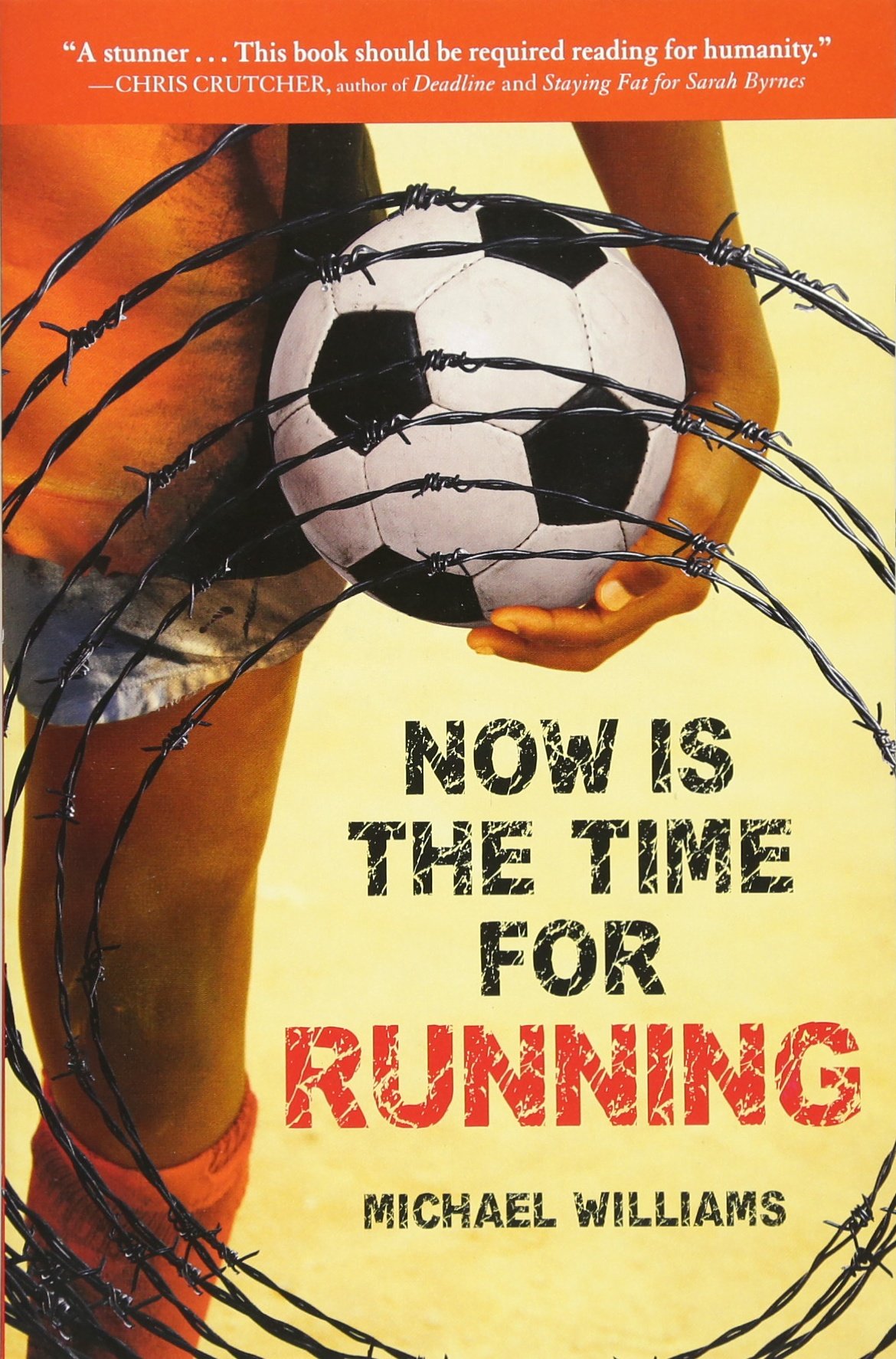 “Williams skillfully draws the plight of these refugee brothers with both suspense and sympathy, and readers cannot help but root for them in their quest to rebuild their broken lives.” –Horn Books

Just down the road from their families, Deo and his friends play soccer in the dusty fields of Zimbabwe, cheered on by Deo’s older brother, Innocent. It is a day like any other… until the soldiers arrive and Deo and Innocent are forced to run for their lives, fleeing the wreckage of their village for the distant promise of safe haven in South Africa. Along the way, they face the prejudice and poverty that greet refugees everywhere, but eventually Deo finds hope, joining dozens of other homeless, displaced teens on the World Cup Street Soccer team–a possible ticket out of extreme hardship to a new life. Captivating and timely, Now Is the Time for Running is a staggering story of survival that follows Deo and his brother on a transformative journey that will stay with readers long after the last page.