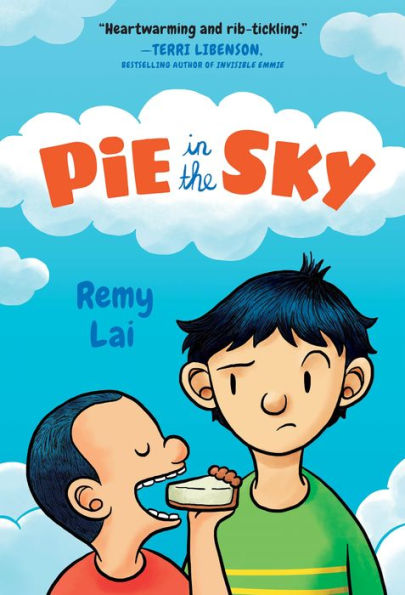 Sometimes life isn’t a piece of cake . . . When Jingwen moves to a new country, he feels like he’s landed on Mars. School is torture, making friends is impossible since he doesn’t speak English, and he’s often stuck looking after his (extremely irritating) little brother, Yanghao. To distract himself from the loneliness, Jingwen daydreams about making all the cakes on the menu of Pie in the Sky, the bakery his father had planned to open before he unexpectedly passed away. The only problem is his mother has laid down one major rule: the brothers are not to use the oven while she’s at work. As Jingwen and Yanghao bake elaborate cakes, they’ll have to cook up elaborate excuses to keep the cake making a secret from Mama. In her hilarious, moving middle-grade debut, Remy Lai delivers a scrumptious combination of vibrant graphic art and pitch-perfect writing that will appeal to fans of Shannon Hale and LeUyen Pham’s Real Friends, Kelly Yang’s Front Desk, and Jerry Craft’s New Kid.