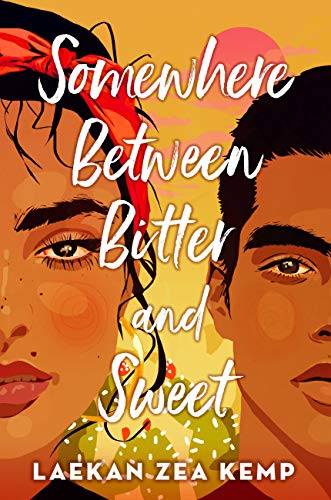 “Much like Elizabeth Acevedo’s With the Fire on High, Kemp has created a truly special combination of deliciously described food, expressive prose, and dreamy romance.”
—Publishers Weekly  (Starred Review)

Penelope Prado has always dreamed of opening her own pastelería next to her father’s restaurant, Nacho’s Tacos. But her mom and dad have different plans—leaving Pen to choose between not disappointing her traditional Mexican American parents or following her own path. When she confesses a secret she’s been keeping, her world is sent into a tailspin. But then she meets a cute new hire at Nacho’s who sees through her hard exterior and asks the questions she’s been too afraid to ask herself.

Xander Amaro has been searching for home since he was a little boy. For him, a job at Nacho’s is an opportunity for just that—a chance at a normal life, to settle in at his abuelo’s, and to find the father who left him behind. But when both the restaurant and Xander’s immigrant status are threatened, he will do whatever it takes to protect his newfound family and himself.

Together, Pen and Xander must navigate first love and discovering where they belong in order to save the place they all call home.