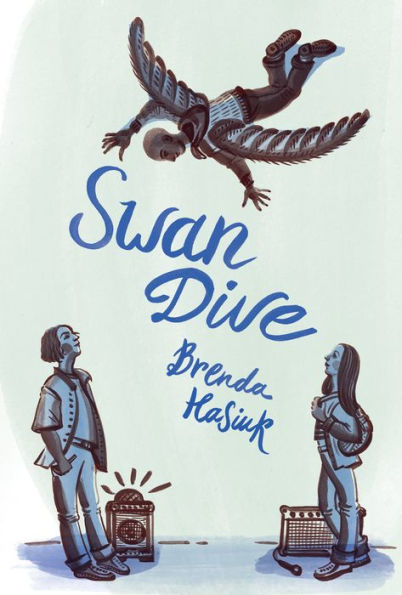 Refugees from the Bosnian War, Lazar’s family flees the Siege of Sarajevo and arrives in Winnipeg in the early 1990s.

Refugees from the Bosnian War, Lazar’s family flees the Siege of Sarajevo and arrives in Winnipeg in the early 1990s. Despite various mini dramas unfolding at home, as his parents and older sisters navigate a new language, the bitter cold and a strange city and country, Lazar manages to find a place for himself at school, largely by making friends with Elle, a sassy, outspoken girl who divides her time between living with her hoarder mother (who stuffs their tiny apartment with bargains she finds at Liquidation World) and her hippie father, Jimmy, who lives in British Columbia. But as two geeky loners, Elle and Lazar are happy in their own bubble of friendship, especially after they form a pop duo and dream of making it big on Star Search. Soon Lazar’s desperate escape out of Sarajevo seems far away, even as the trauma of his broken homeland looms large with his family at home. Then Elle comes back from Vancouver after a summer at Jimmy’s, and things are different. They’re in high school, Elle has lost weight and blossomed into popularity, while Lazar remains small, skinny and forgettable. She seems to have forgotten all about their singing plans and starts spending time with a new kid, Ivan. Lazar is unmoored and filled with new longings — for Elle, for Ivan, for a sense that he belongs somewhere. His mother and older sisters worry about his health, that he’s so thin, that he’s not interested in sports, even though the doctors can’t find anything wrong. And then, in an impulsive moment, Lazar tells Ivan that he’s seriously ill. And with this one reckless lie he suddenly gets — and loses — everything he thought he wanted.