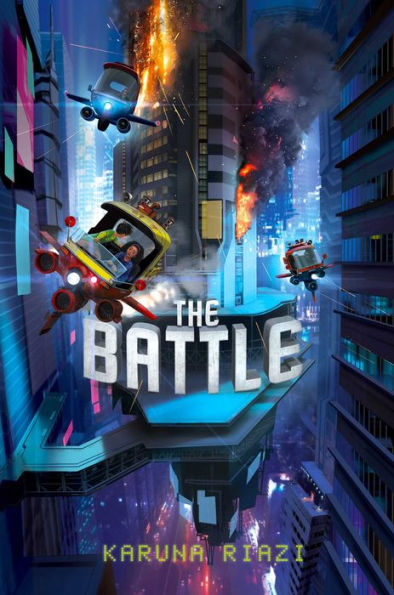 “The Bengali American Mirza family returns in another fast-paced and danger-filled trip to Paheli, the fantasy game world from Riazi’s The Gauntlet.” –School Library Journal

Four years after the events of The Gauntlet, the evil game Architect is back with a new partner-in-crime–The MasterMind–and the pair aim to get revenge on the Mirza clan. Together, they’ve rebuilt Paheli into a slick, mind-bending world with floating skyscrapers, flying rickshaws run by robots, and a digital funicular rail that doesn’t always take you exactly where you want to go. Twelve-year-old Ahmad Mirza struggles to make friends at his new middle school, but when he’s paired with his classmate Winnie for a project, he is determined to impress her and make his very first friend. At home while they’re hard at work, a gift from big sister Farah–who is away at her first year in college–arrives. It’s a high-tech game called The Battle of Blood and Iron, a cross between a video game and board game, complete with virtual reality goggles. He thinks his sister has solved his friend problem–all kids love games. He convinces Winnie to play, but as soon as they unbox the game, time freezes all over New York City. With time standing still and people frozen, all of humankind is at stake as Ahmad and Winnie face off with the MasterMind and the Architect, hoping to beat them at their own game before the evil plotters expand Paheli and take over the entire world.