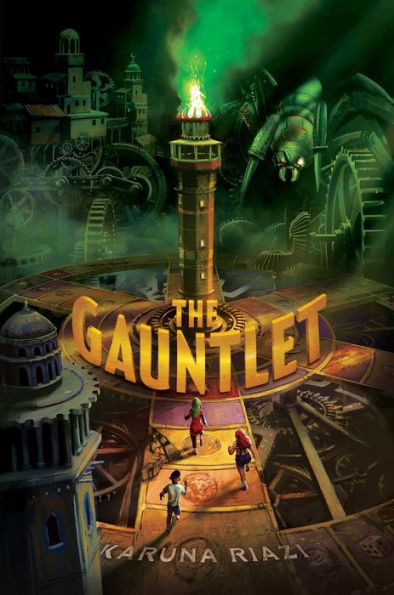 A trio of friends from New York City find themselves trapped inside a mechanical board game that they must dismantle in order to save themselves and generations of other children in this action-packed debut that’s a steampunk Jumanji with a Middle Eastern flair. Nothing can prepare you for The Gauntlet… It didn’t look dangerous, exactly. When twelve-year-old Farah first laid eyes on the old-fashioned board game, she thought it looked…elegant. It is made of wood, etched with exquisite images a palace with domes and turrets, lattice-work windows that cast eerie shadows, a large spider and at the very center of its cover, in broad letters, is written: The Gauntlet of Blood and Sand. The Gauntlet is more than a game, though. It is the most ancient, the most dangerous kind of magic. It holds worlds inside worlds. And it takes players as prisoners.