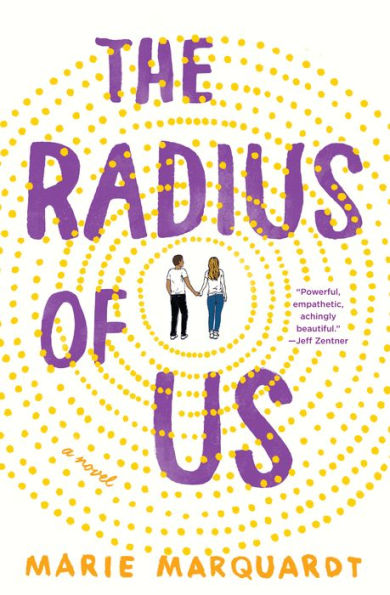 Ninety seconds can change a life not just daily routine, but who you are as a person. Gretchen Asher knows this, because that’s how long a stranger held her body to the ground. When a car sped toward them and Gretchen’s attacker told her to run, she recognized a surprising terror in his eyes. And now she doesn’t even recognize herself. Ninety seconds can change a life not just the place you live, but the person others think you are. Phoenix Flores Flores knows this, because months after setting off toward the U.S. / Mexico border in search of safety for his brother, he finally walked out of detention. But Phoenix didn’t just trade a perilous barrio in El Salvador for a leafy suburb in Atlanta. He became that person the one his new neighbors crossed the street to avoid. Ninety seconds can change a life so how will the ninety seconds of Gretchen and Phoenix’s first encounter change theirs? Told in alternating first person points of view, The Radius of Us is a story of love, sacrifice, and the journey from victim to survivor. It offers an intimate glimpse into the causes and devastating impact of Latino gang violence, both in the U.S. and in Central America, and explores the risks that victims take when they try to start over. Most importantly, Marie Marquardt’s The Radius of Us shows how people struggling to overcome trauma can find healing in love.