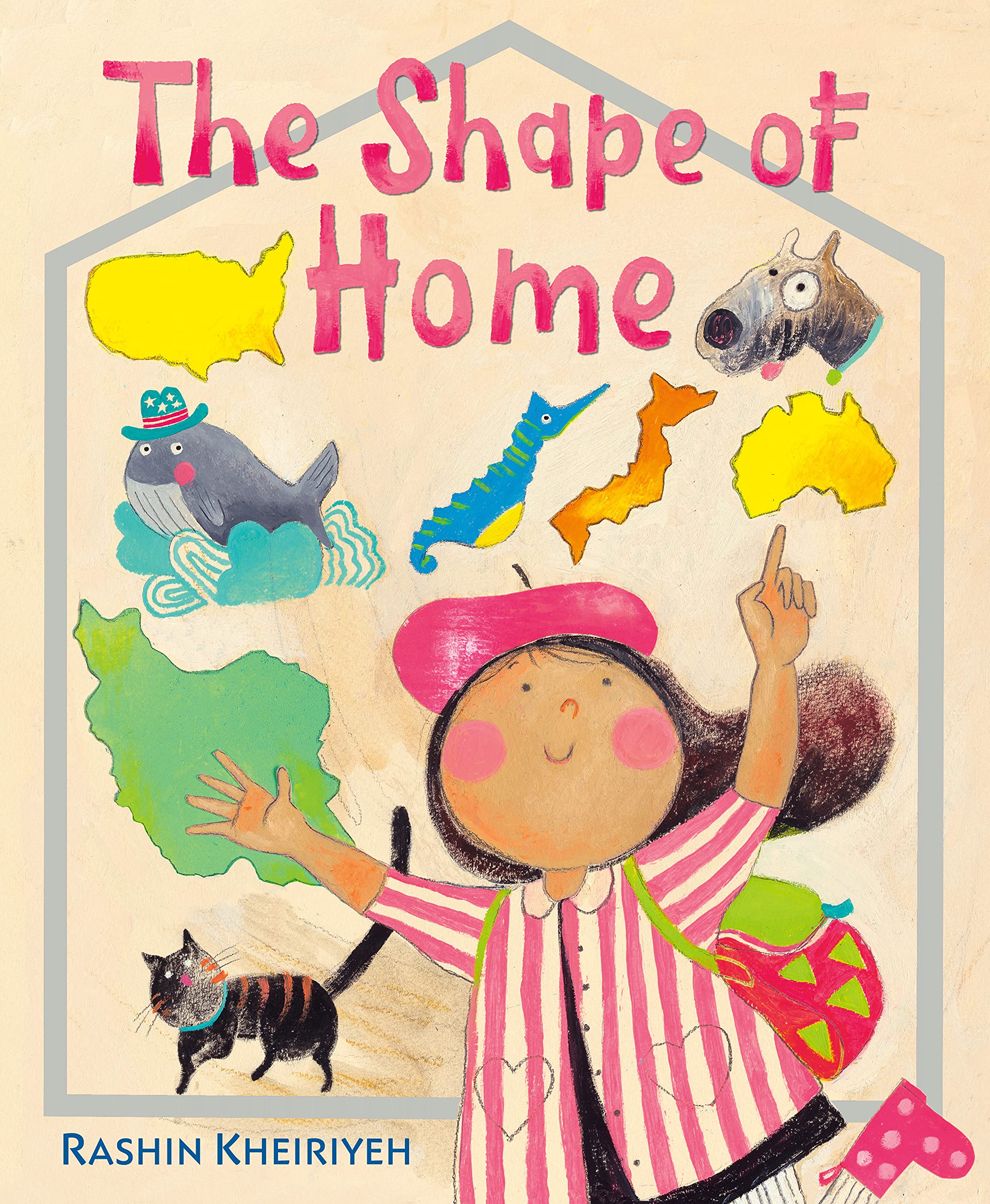 “Rashin remembers sensate elements from her life in Iran (the smell of bread shaped ‘like my braided hair’), and notices differences in New York City, where she lives now (‘Everyone is in a rush’)…a road map for curiosity and learning.”
—Publishers Weekly

It’s Rashin’s first day of school in America! Everything is a different shape than what she’s used to: from the foods on her breakfast plate to the letters in the books! And the kids’ families are from all over!

The new teacher asks each child to imagine the shape of home on a map. Rashin knows right away what she’ll say: Iran looks like a cat! What will the other kids say?

What about the country YOUR family is originally from? Is it shaped like an apple? A boot? A torch?

Open this book to join Rashin in discovering the true things that shape a place called home. 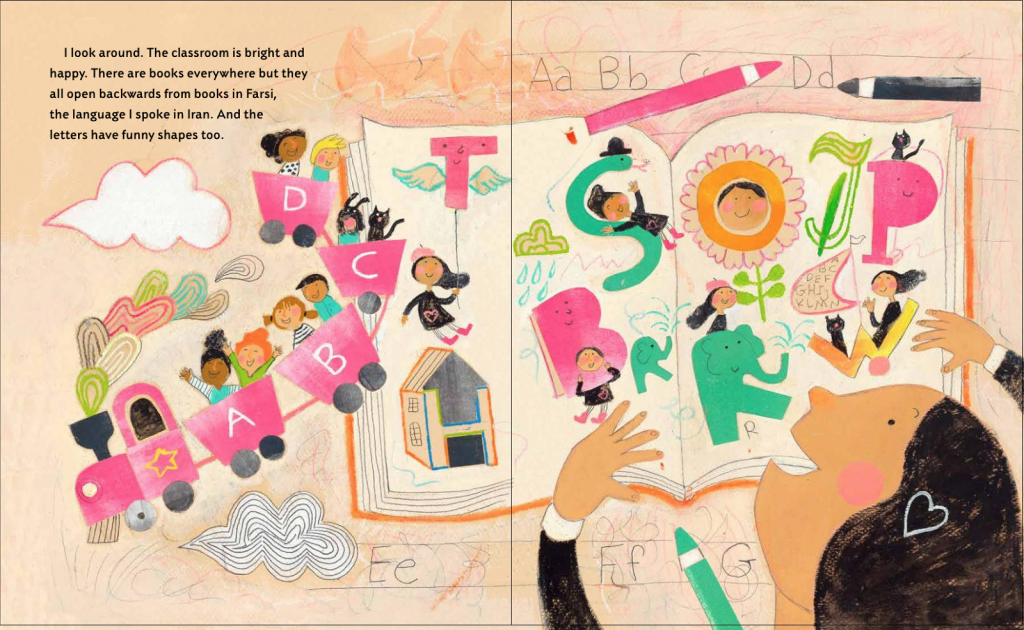