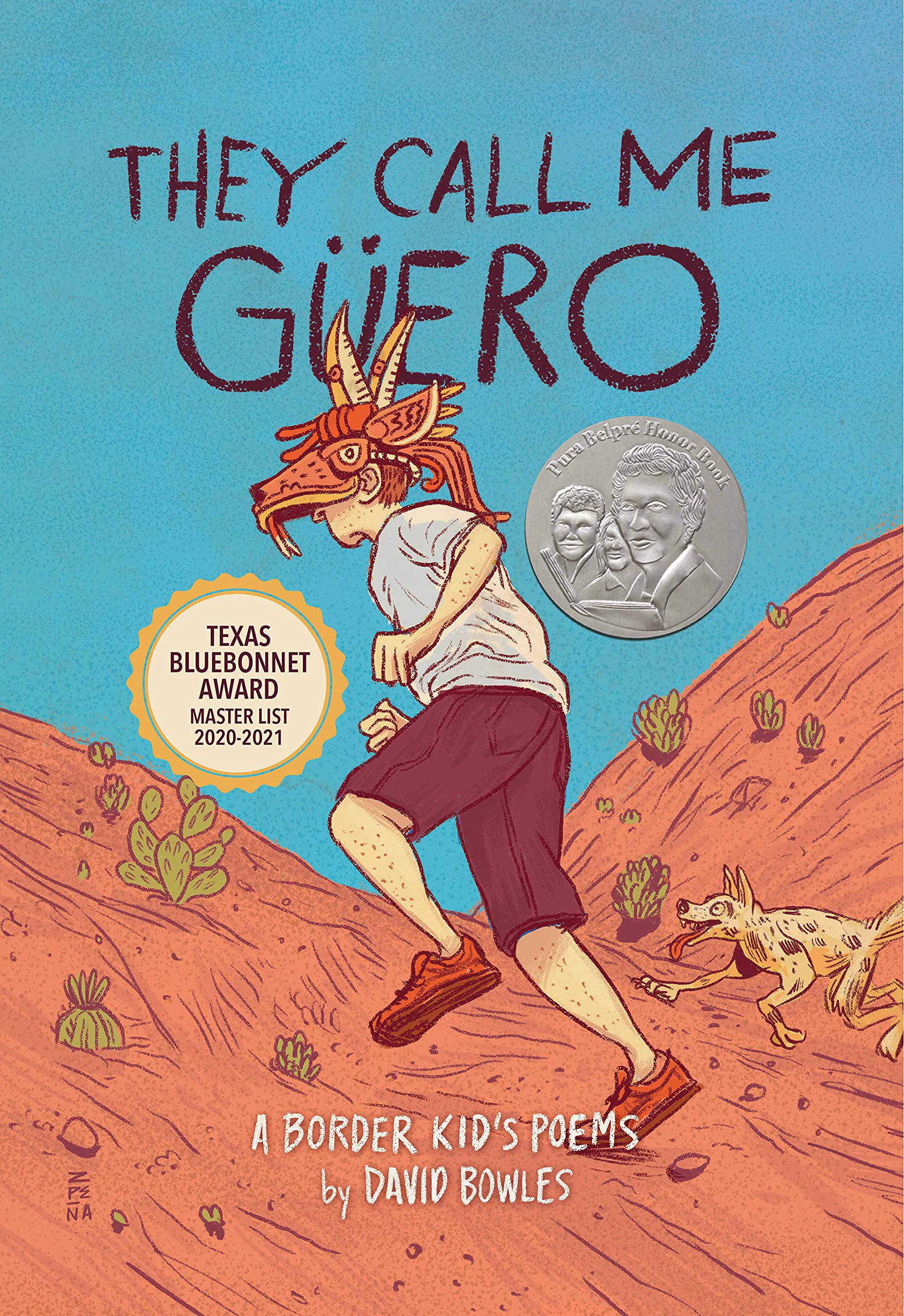 “A richly rewarding tour through many borderlands, including adolescence itself, and a defiant celebration of identity.”
—Publishers Weekly  (Starred Review)

They call him Güero because of his red hair, pale skin, and freckles. Sometimes people only go off of what they see. Like the Mexican boxer Canelo Álvarez, twelve-year-old Güero is puro mexicano. He feels at home on both sides of the river, speaking Spanish or English. Güero is also a reader, gamer, and musician who runs with a squad of misfits called Los Bobbys. Together, they joke around and talk about their expanding world, which now includes girls. (Don’t cross Joanna—she’s tough as nails.)

Güero faces the start of seventh grade with heart and smarts, his family’s traditions, and his trusty accordion. And when life gets tough for this Mexican American border kid, he knows what to do: He writes poetry.

Honoring multiple poetic traditions, They Call Me Güero is a classic in the making and the recipient of a Pura Belpré Honor, a Tomás Rivera Mexican American Children’s Book Award, a Claudia Lewis Award for Excellence in Poetry, and a Walter Dean Myers Honor.