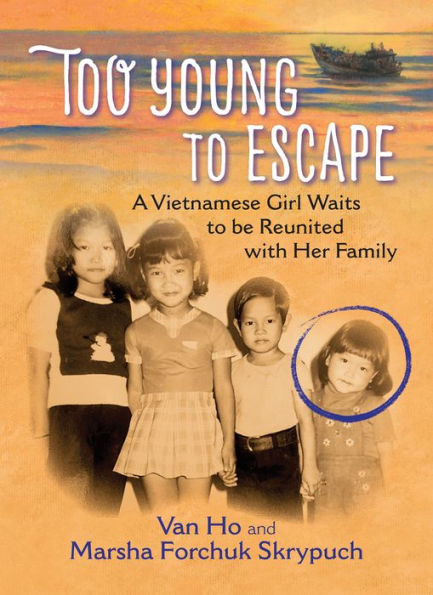 “When 4-year-old Van wakes one morning in her home in Ho Chi Minh City, Vietnam, her mother and siblings are gone.” –Kirkus Reviews

During the aftermath of the Vietnam War, Van wakes up one morning to find that her mother, her sisters Loan and Lan, and her brother Tuan are gone. They have escaped the new communist regime that has taken over Ho Chi Minh City for freedom in the West. Four-year-old Van is too young–and her grandmother is too old–for such a dangerous journey by boat, so the two have been left behind. Once settled in North America, her parents will eventually be able to sponsor them, and Van and her grandmother will fly away to safety. But in the meantime, Van is forced to work hard to satisfy her aunt and uncle, who treat her like an unwelcome servant. And at school she must learn that calling attention to herself is a mistake, especially when the bully who has been tormenting her turns out to be the son of a military policeman. Van Ho’s true story strikes at the heart and will resonate with so many families affected by war, where so many children are forced to live under or escape from repressive regimes.