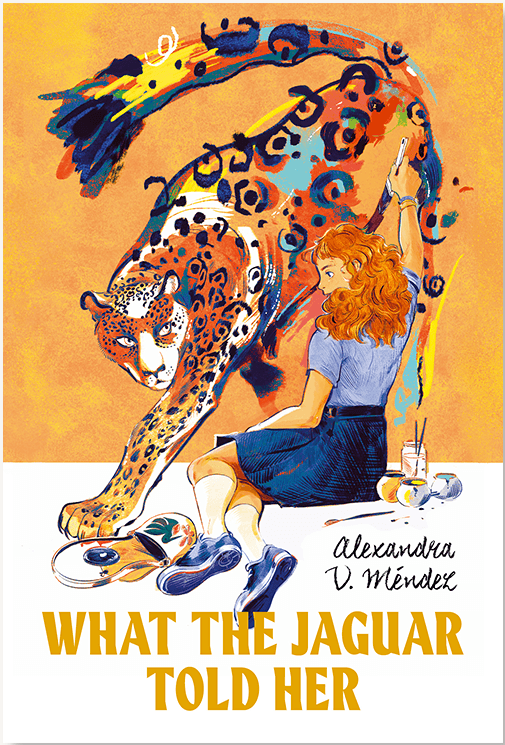 Jade is starting eighth grade in a new city—Atlanta. She just wants to go back to Chicago, where her friends are. Where her Abuela lives.

But Jade does like walking to her new school on the trail that winds through the woods behind her house, where lush flowers bloom and soft leaves rustle beneath her feet. In the forest, Jade feels protected. Sometimes, it’s as if it’s listening to her.

There, Jade meets Itztli, an elderly storyteller who exists between dreams and reality. In the golden afternoons when Itztli appears, he steps out of the forest as a lithe, agile jaguar. But when he speaks to Jade, he is a wise old man who makes intricate works of art and tells her ancestral stories of Mexico. At first, Itztli’s stories feel far removed from Jade’s life. But as her Abuela suddenly falls ill, two towers come crashing down in New York City, and Jade becomes someone or something she doesn’t yet understand, Itztli’s stories take on new meaning. Jade must learn to have patience and strength to become who she was always meant to be, as the stirrings of an ancient power awaken within her.

Listen to an Excerpt