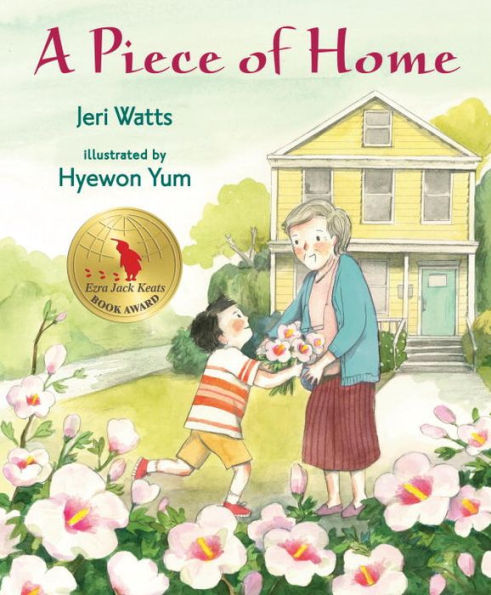 “Immigrant children will relate to the head-spinning switch from ordinary to different, and their classmates might better understand the emotional impact of moving to a foreign land.” –Kirkus Reviews

When Hee Jun’s family moves from Korea to West Virginia, he struggles to adjust to his new home. His eyes are not big and round like his classmates’, and he can’t understand anything the teacher says, even when she speaks s-l-o-w-l-y and loudly at him. As he lies in bed at night, the sky seems smaller and darker. But little by little Hee Jun begins to learn English words and make friends on the playground. And one day he is invited to a classmate’s house, where he sees a flower he knows from his garden in Korea mugunghwa, or rose of Sharon, as his friend tells him and Hee Jun is happy to bring a shoot to his grandmother to plant a piece of home in their new garden. Lyrical prose and lovely illustrations combine in a gentle, realistic story about finding connections in an unfamiliar world.