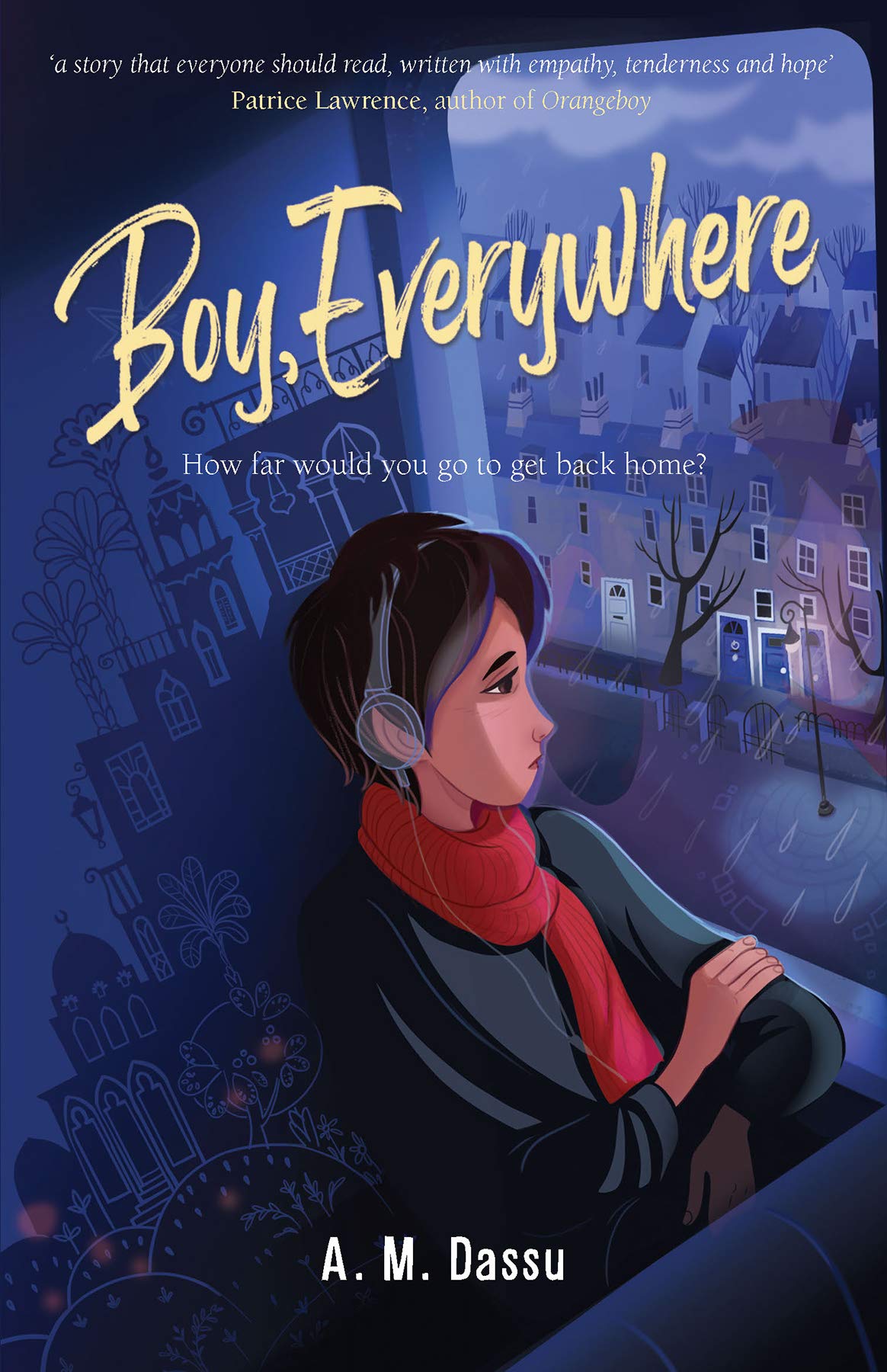 Sami loves his life in Damascus, Syria. He hangs out with his best friend playing video games; he’s trying out for the football team; he adores his family and gets annoyed by them in equal measure. But his comfortable life gets sidetracked abruptly after a bombing in a nearby shopping mall. Knowing that the violence will only get worse, Sami’s parents decide they must flee their home for the safety of the UK.

Boy, Everywhere chronicles their harrowing journey and struggle to settle in a new land. Forced to sell all their belongings and leave their friends and beloved grandmother behind, Sami and his family travel across the Middle East to Turkey, where they end up in a smuggler’s den. From there, they cross the treacherous waters of the Mediterranean and manage to fly to England, only to be separated and detained in an immigration prison for the “crime” of seeking asylum. Yet the transition from refugee to immigrant in a new life will be the greatest challenge Sami has ever faced.

Based on the experiences of real Syrian refugees, this thoughtful middle-grade novel is the rare book to delve deeply into this years-long crisis. A. M. Dassu has used her publishing deal advances for Boy, Everywhere to assist Syrian refugees in her city and set up a grant to support an unpublished refugee/recently immigrated writer. Sami’s story is one of survival, of family and friendship, of bravery and longing … Sami could be any one of us.