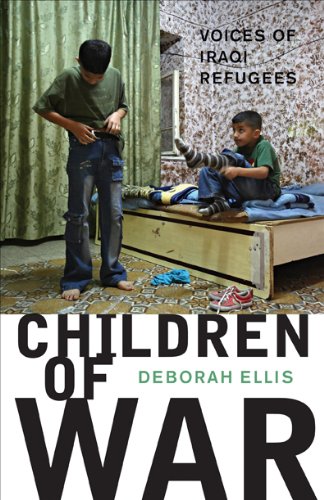 “An important, current title that will have lasting significance.” –Booklist

The United States and its allies invaded Iraq seven years ago. Today the country is still at war, and no one can claim that true democracy has come. Four million Iraqis have been displaced, and about half of them, unable to flee the country, are now living in remote tent camps without access to schools, health care, or often even food and clean water. In Children of War, a companion title to Off to War: Voices of Soldiers’ Children, Deborah Ellis turns her attention to the most tragic victims of the Iraq war — Iraqi children. She interviews two dozen young people, mostly refugees living in Jordan, but also a few who are trying to build new lives in North America. Their frank and harrowing stories reveal inspiring resilience as the children try to survive the consequences of a war in which they play no part.