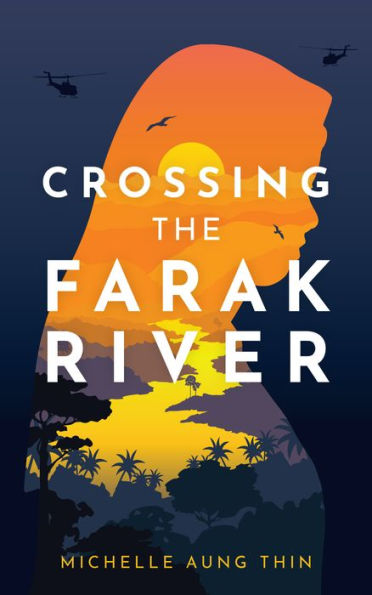 “Myanmar is a country in crisis, and 14-year-old Hasina’s life is forever changed the day the helicopters arrive.” –School Library Journal

For Hasina and her younger brother Araf, the constant threat of Sit Tat, the Myanmar Army, is a way of life in Rakhine province–just uttering the name is enough to send chills down their spines. As Rohingyas, they know that when they hear the wop wop wop of their helicopters there is one thing to do–run, and don’t stop. So when soldiers invade their village one night, and Hasina awakes to her aunt’s fearful voice, followed by smoke, and then a scream, run is what they do. Hasina races deep into the Rakhine forest to hide with her cousin Ghadiya and Araf. When they emerge some days later, it is to a smouldering village. Their house is standing but where is the rest of her family? With so many Rohingyas driven out, Hasina must figure out who she can trust for help and summon the courage to fight for her family amid the escalating conflict that threatens her world and her identity. Fast-paced and accessibly written, Hasina tackles an important topic frequently in the news but little explored in fiction. It is a poignant and thought-provoking introduction for young readers to the miliatry crackdown and ongoing persecution of Rohingya people, from the perspective of a brave and resilient protagonist.