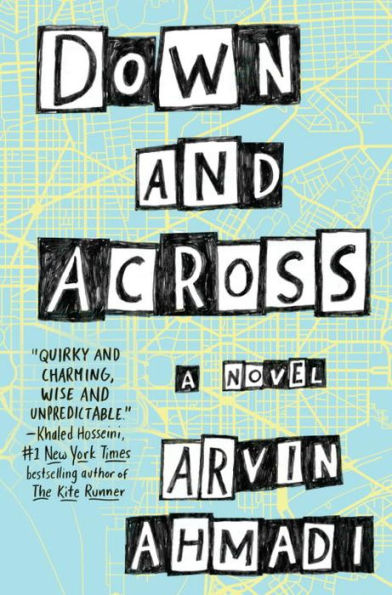 “…touches on his relationship with his overprotective parents, Muslim identity, being a minority in modern-day America, and his Iranian heritage.” –Kirkus Reviews

Scott Ferdowsi has a track record of quitting. His best friends know exactly what they want to do with the rest of their lives, but Scott can hardly commit to a breakfast cereal, let alone a passion. With college applications looming and his parents pushing him to settle on a practical career, Scott sneaks off to Washington, DC, seeking guidance from a famous psychologist who claims to know the secret to success. He never expects an adventure to unfold. But that’s what Scott gets when he meets Fiora Buchanan, a ballsy college student whose life ambition is to write crossword puzzles. When the bicycle she lends him gets Scott into a high-speed chase, he knows he’s in for the ride of his life. Soon, Scott finds himself sneaking into bars, attempting to pick up girls at the National Zoo, and even giving the crossword thing a try all while opening his eyes to fundamental truths about who he is and who he wants to be.