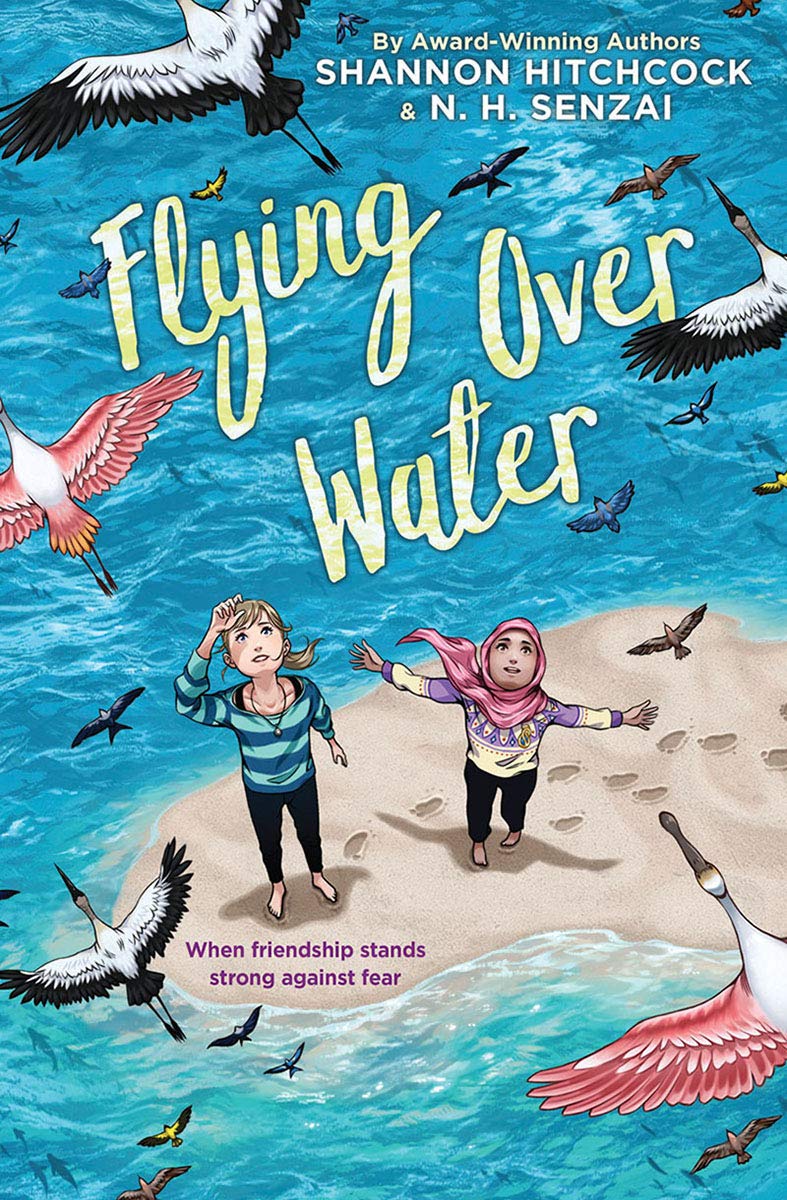 “Movingly highlights a generation of youth at the center of progressive change.”
—Kirkus Reviews, Starred Review

Twelve-year-old Noura Alwan’s family is granted asylum in the United States, after spending two years in a Turkish refugee camp, having fled war-torn Aleppo. They land in Tampa, Florida, on January 30, 2017, just days after the president restricted entry into the US from nations with a Muslim majority population.

Twelve-year-old Jordyn Johnson is a record-breaking swimmer, but hasn’t swum well since her mom had a miscarriage during one of her meets. Her family has volunteered to help the Alwan family through their church. She knows very few people of Arab descent or who practice Islam.

The girls’ lives intersect at Bayshore Middle School where Jordyn serves as the Alwan children’s school ambassador. Noura knows that her family is safe from the civil unrest in her home country, but is not prepared for the adversity she now faces on American soil. Jordyn is sympathetic to Noura’s situation, but there are other members of their Florida community who see the refugees’ presence to be a threat to their way of life.While the president’s Muslim ban tests the resolve and faith of many, it is friendship that stands strong against fear and hatred.Award winners N.H. Senzai and Shannon Hitchcock have combined their talents to craft a heartrending Own Voices story told in dual perspectives.