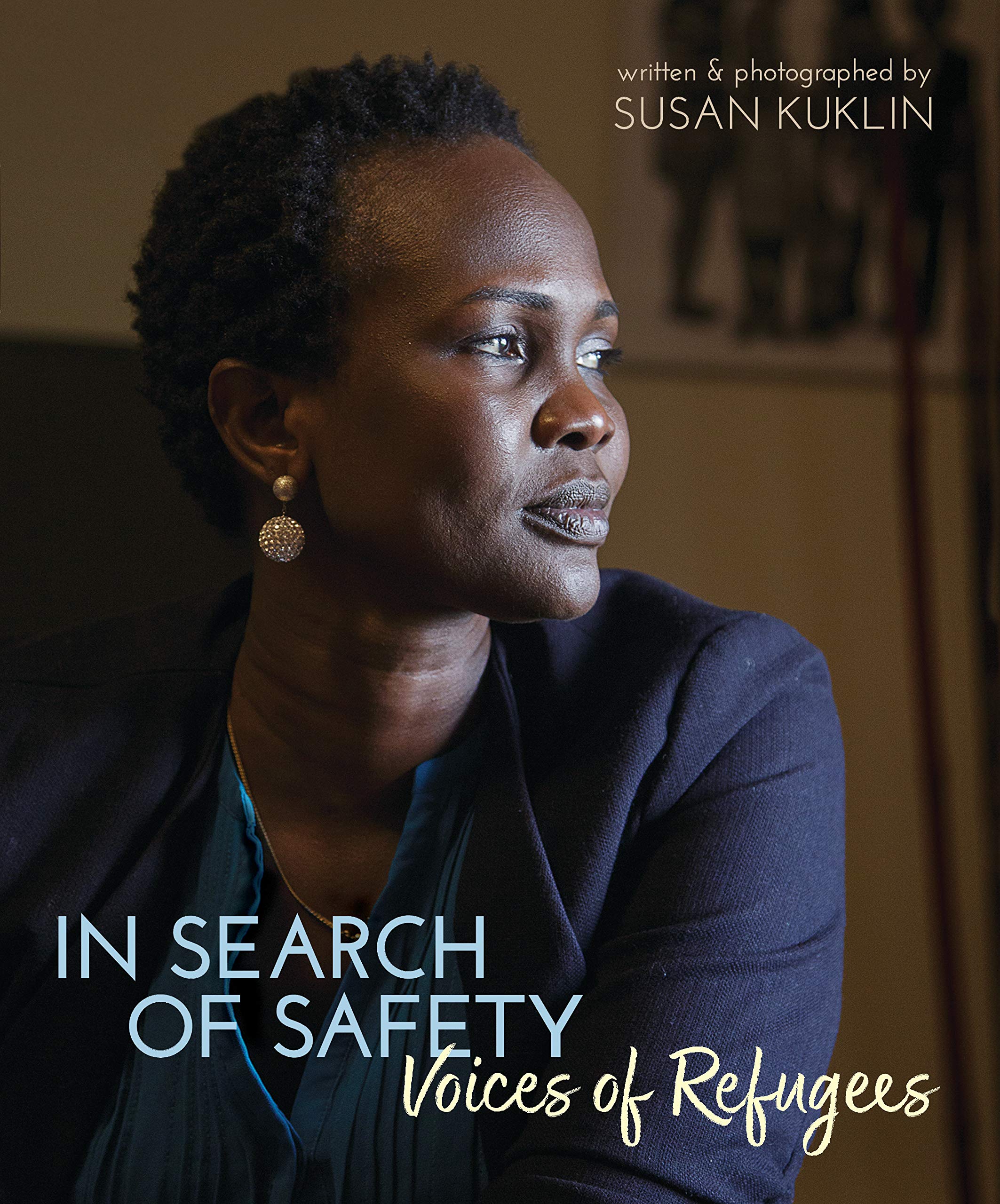 “…painful, yet powerfully uplifting, stories of five refugees who came to the U.S. in search of better futures.”
—Kirkus Reviews  (Starred Review)

An Iraqi woman who survived capture by ISIS. A Sudanese teen growing up in civil war and famine. An Afghan interpreter for the U.S. Army living under threat of a fatwa. They are among the five refugees who share their stories in award-winning author and photographer Susan Kuklin’s latest masterfully crafted narrative. The five, originally from Afghanistan, Myanmar, South Sudan, Iraq, and Burundi, give gripping first-person testimonies about what it is like to flee war, face violent threats, grow up in a refugee camp, be sold into slavery, and resettle in America. Illustrated with full-color photographs of the refugees’ new lives in Nebraska, this work is essential reading for understanding the devastating impact of war and persecution — and the power of resilience, optimism, and the will to survive. Included in the end matter are chapter notes, information on resettlement and U.S. citizenship, historical time lines of war and political strife in the refugees’ countries of origin, resources for further reading, and an index.