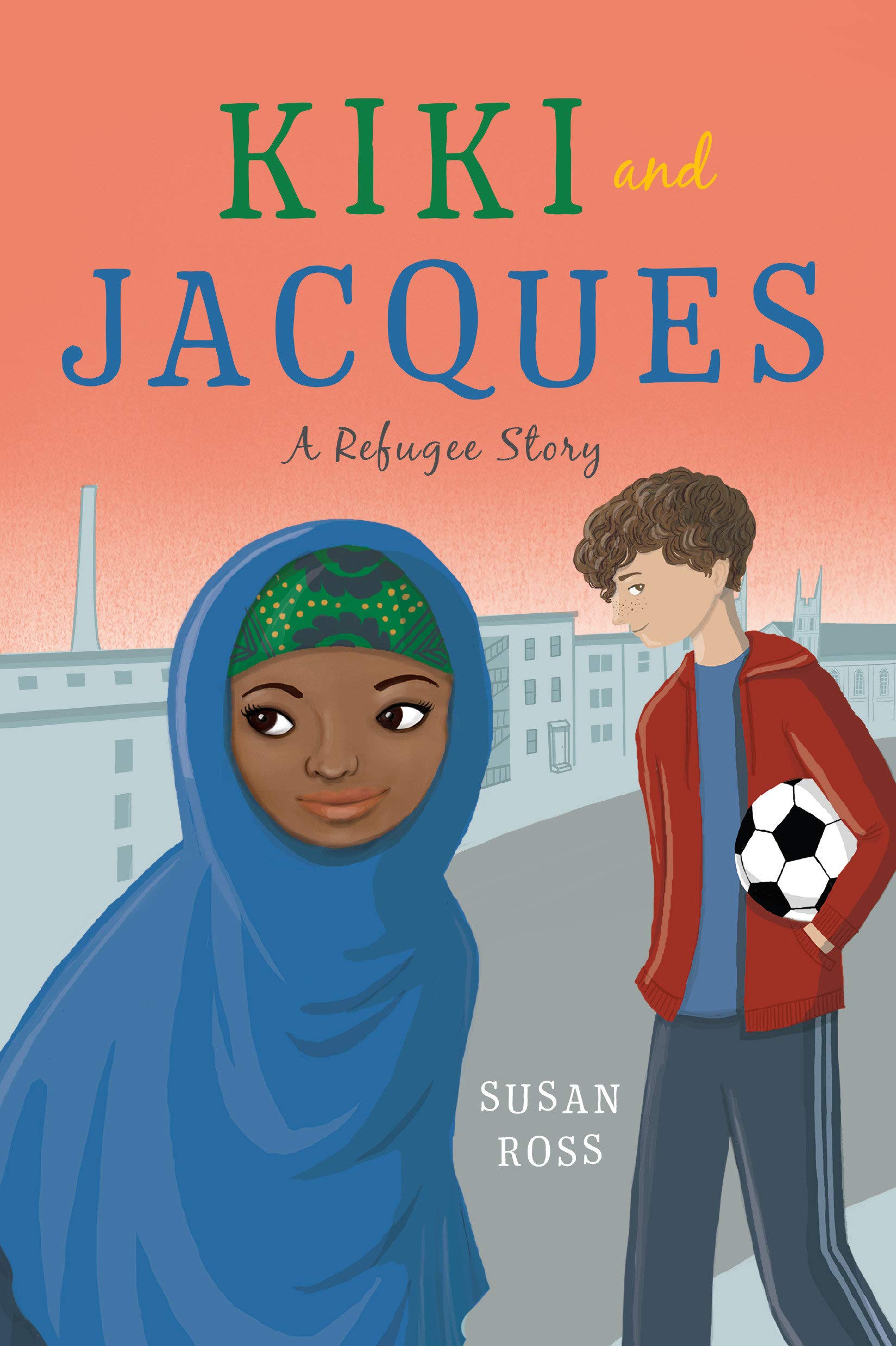 “When a few Somali families relocate to Jacques’s neighborhood, their presence is noticed, but not appreciated by everyone.” –Publishers Weekly

Life could be better for twelve-year-old Jacques. His mother just died, his father is jobless, and his grandmother’s bridal store is on the verge of closing. At least he can look forward to the soccer season after all, he’s a shoo-in for captain. But the arrival of Somali refugees shakes up nearly everything in his French American Maine town, even soccer. Jacques isn’t the only star anymore Mohamed is just as good as him, maybe better. School, church, sports . . . everything suddenly seems different. So Jacques is surprised to find himself becoming friends with Kiki, a smart, kind, and strong-minded Somali Muslim girl with a mysterious scar. Can kids as seemingly different as Jacques and Kiki be friends? Kiki and Jacques offers a realistic and heartwarming portrait of a town learning to embrace its changing face.