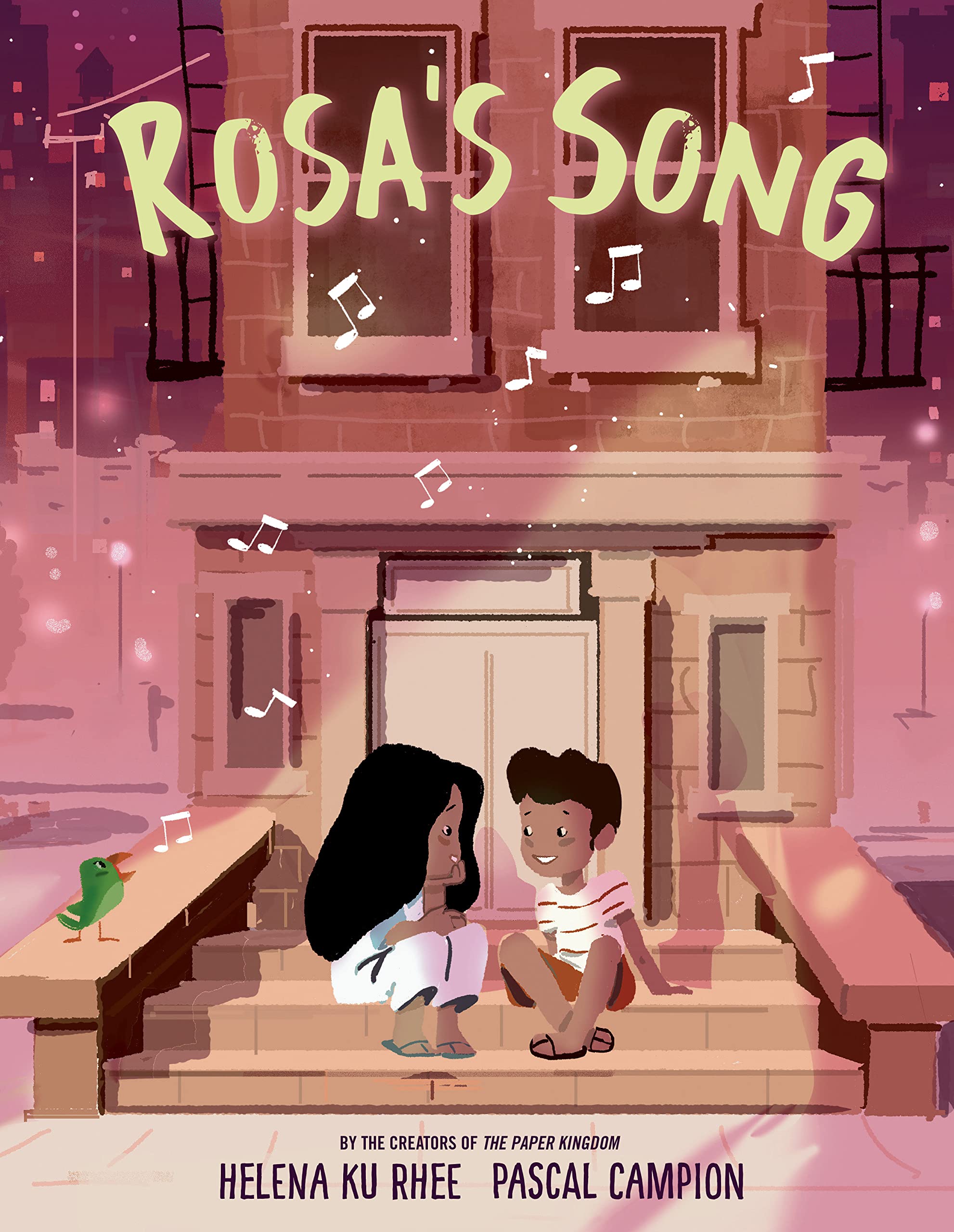 “Striking and raw…. Readers will share the sadness of Jae’s loss, but only after seeing Rosa and Jae’s joyful playing—a happiness that’s distinct to childhood.” —Booklist, Starred Review

A young immigrant from South Korea finds community and friendship in an apartment house filled with other newly arrived kids.

When Jae looks out the window of his new home, he wishes he could still see his old village, his old house, and his old friends. But his new apartment feels empty and nothing outside is familiar. Jae just arrived from South Korea and doesn’t even speak the new language.

Yet, making friends is the same wherever you go and he soon meets a girl with a colorful bird perched on her shoulder. Rosa knows just how Jae feels and the two become fast friends. Not only does Rosa show Jae his new neighborhood but she shows him how his imagination can bring back memories of his old home. Then Rosa leaves unexpectedly one night but leaves her parrot for Jae. He thinks about the song that Rosa would sing: “When I fly away, my heart stays here.” And when Jae meets two other newly arrived kids, he teaches them Rosa’s song and becomes their guide to this new world. 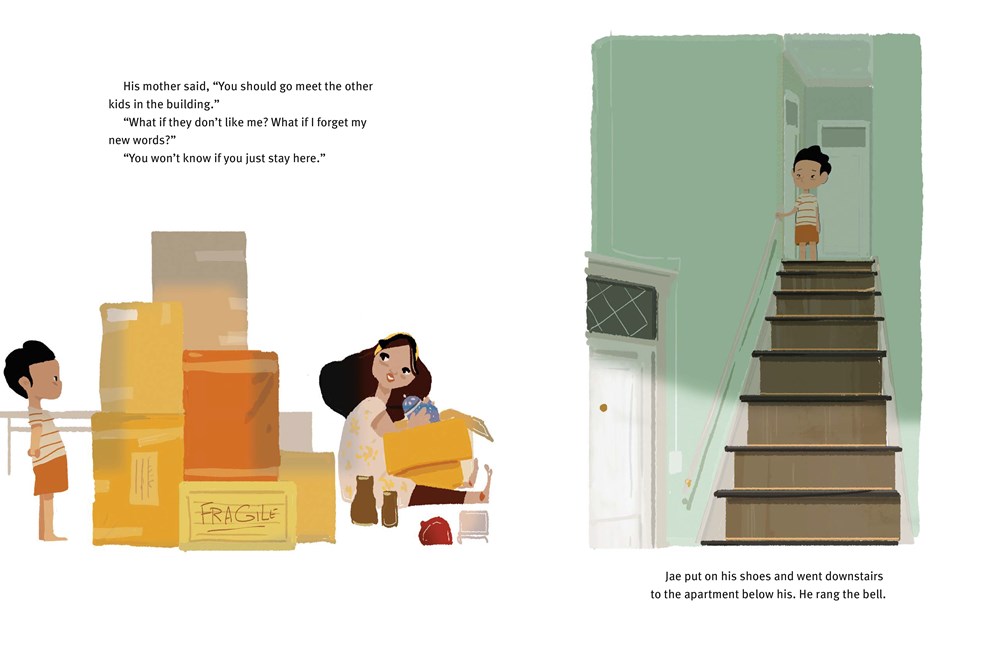