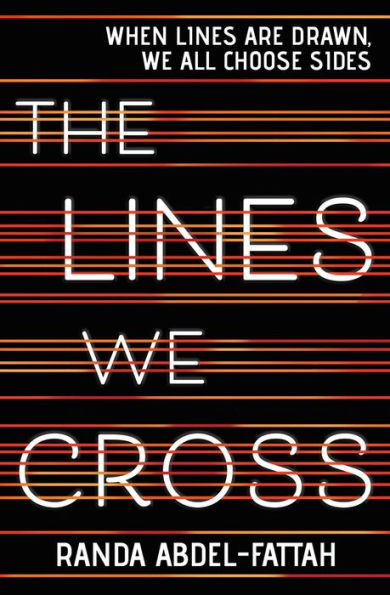 “A timely and compassionate portrait of the devastating losses of refugees, political conflicts within a family and a nation, and the astounding capacity of young people to identify hate and yet act with empathy and love.” –School Library Journal

Michael likes to hang out with his friends and play with the latest graphic design software. His parents drag him to rallies held by their anti-immigrant group, which rails against the tide of refugees flooding the country. And it all makes sense to Michael. Until Mina, a beautiful girl from the other side of the protest lines, shows up at his school, and turns out to be funny, smart — and a Muslim refugee from Afghanistan. Suddenly, his parents’ politics seem much more complicated. Mina has had a long and dangerous journey fleeing her besieged home in Afghanistan, and now faces a frigid reception at her new prep school, where she is on scholarship. As tensions rise, lines are drawn. Michael has to decide where he stands. Mina has to protect herself and her family. Both have to choose what they want their world to look like.