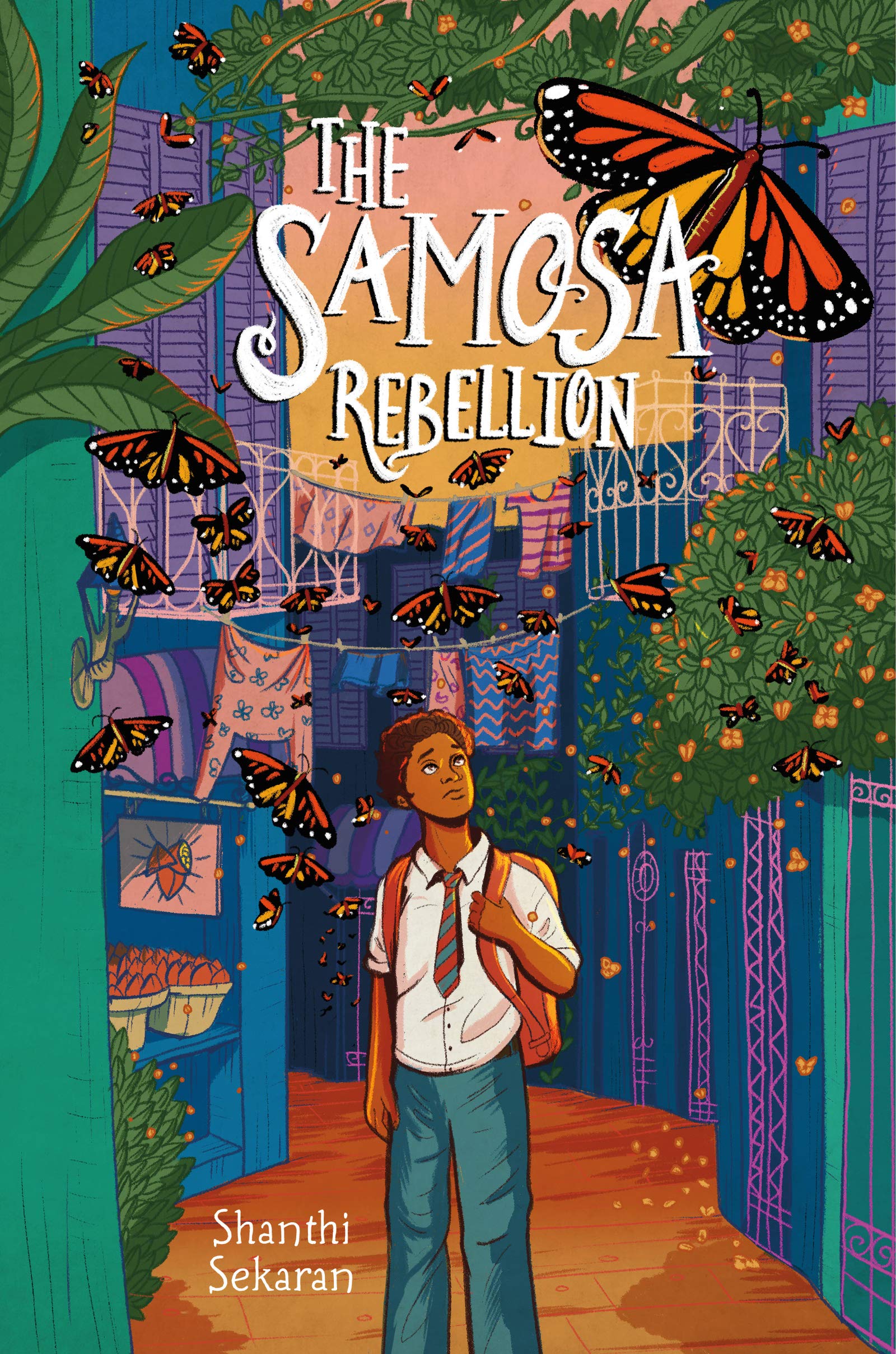 Before his grandmother moved from India to the island of Mariposa, Muki Krishnan’s life was pretty good. He hung out with his friends on Mingus Avenue, stayed under the radar at school, and slept as late as he could. But now? He has to share his bedroom with Paati, his grandmother, who snores like a bulldozer and wakes him up at dawn to do yoga.

Paati’s arrival coincides with even bigger changes in Mariposa. Strange political winds are blowing, and the once harmonious island is fracturing. The president divides citizens into Butterflies—families who have lived in Mariposa for three generations—and Moths, who, like Muki’s family, are more recent immigrants. The changes are small at first. But then Muki and his friends find a camp being built to imprison Moths before sending them away. Soon after, his Paati is captured and taken there.

As Muki devises Paati’s escape, he discovers that a secret rebellion is underway, and he starts to see that resistance can take surprising forms. As he digs deeper into the growing rebellion, he realizes that rescuing Paati will be the fight of his life.