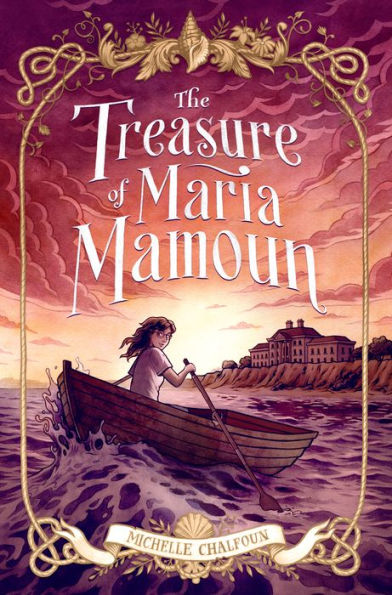 Written by Michelle Chalfoun
Published by Farrar, Straus and Giroux

Twelve-year-old Maria lives a lonely, latchkey-kid’s life in the Bronx. Her Lebanese mother is working two nursing jobs to keep them afloat, and Maria keeps her worries to herself, not wanting to be a burden. Then something happens one day between home and school that changes everything. Mom whisks them to an altogether different world on Martha’s Vineyard, where she’s found a job on a seaside estate. While the mysterious bedridden owner a former film director keeps her mother busy, Maria has the freedom to explore a place she thought could only exist in the movies. Making friends with a troublesome local character, Maria finds an old sailboat that could make a marvelous clubhouse. She also stumbles upon an old map that she is sure will lead to pirate’s plunder but golden treasure may not be the most valuable thing she discovers for herself this special summer.