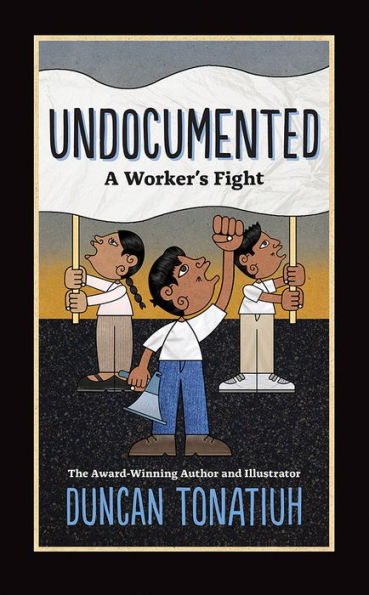 Undocumented is the story of immigrant workers who have come to the United States without papers. Every day, these men and women join the work force and contribute positively to society. The story is told via the ancient Mixtec code accordion fold format. Juan grew up in Mexico working in the fields to help provide for his family. Struggling for money, Juan crosses over into the United States and becomes an undocumented worker, living in a poor neighborhood, working hard to survive. Though he is able to get a job as a busboy at a restaurant, he is severely undercompensated he receives less than half of the minimum wage! Risking his boss reporting him to the authorities for not having proper resident papers, Juan risks everything and stands up for himself and the rest of the community.