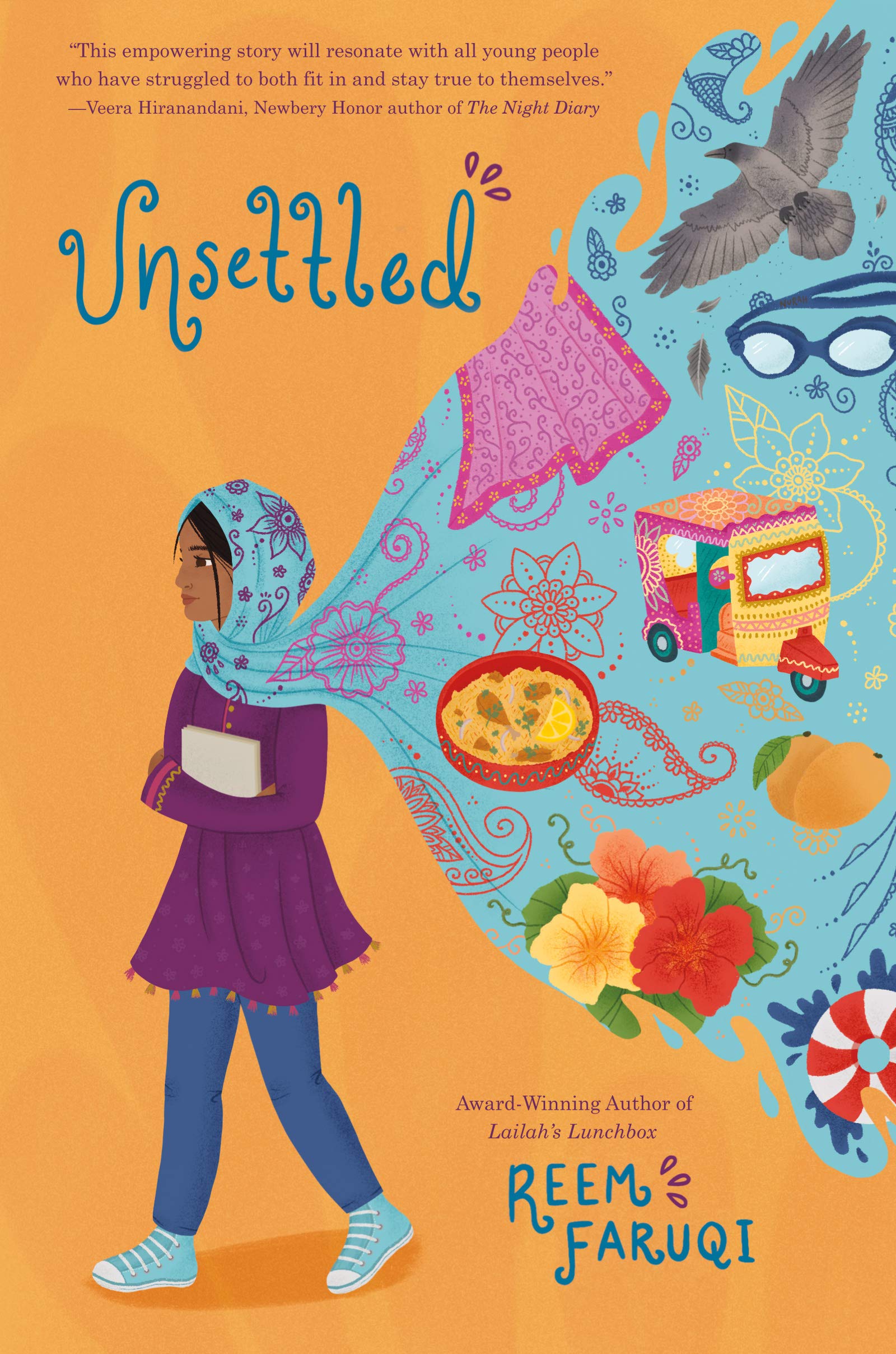 “A Pakistani girl’s life is uprooted when her family immigrates to the United States, where she struggles to fit in and remain true to herself.”
—Kirkus Reviews  (Starred Review)

When her family moves from Pakistan to Peachtree City, all Nurah wants is to blend in, yet she stands out for all the wrong reasons. Nurah’s accent, floral-print kurtas, and tea-colored skin make her feel excluded, until she meets Stahr at swimming tryouts.

And in the water Nurah doesn’t want to blend in. She wants to win medals like her star athlete brother, Owais—who is going through struggles of his own in the U.S. Yet when sibling rivalry gets in the way, she makes a split-second decision of betrayal that changes their fates.

Ultimately Nurah slowly gains confidence in the form of strong swimming arms, and also gains the courage to stand up to bullies, fight for what she believes in, and find her place.