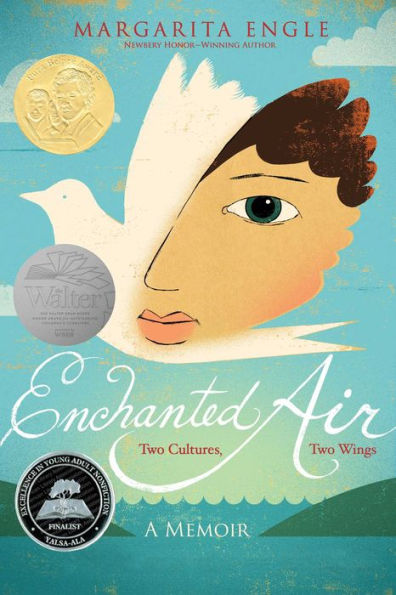 “A more than worthwhile purchase for any library in need of a universally applicable coming-of-age tale, a fantastic new memoir-in-verse, or a glimpse into Cuba’s past.” –School Library Journal

In this poetic memoir, which won the Pura Belpr Author Award, was a YALSA Nonfiction Finalist, and was named a Walter Dean Myers Award Honoree, acclaimed author Margarita Engle tells of growing up as a child of two cultures during the Cold War. Margarita is a girl from two worlds. Her heart lies in Cuba, her mother’s tropical island country, a place so lush with vibrant life that it seems like a fairy tale kingdom. But most of the time she lives in Los Angeles, lonely in the noisy city and dreaming of the summers when she can take a plane through the enchanted air to her beloved island. Words and images are her constant companions, friendly and comforting when the children at school are not. Then a revolution breaks out in Cuba. Margarita fears for her far-away family. When the hostility between Cuba and the United States erupts at the Bay of Pigs Invasion, Margarita’s worlds collide in the worst way possible. How can the two countries she loves hate each other so much? And will she ever get to visit her beautiful island again?