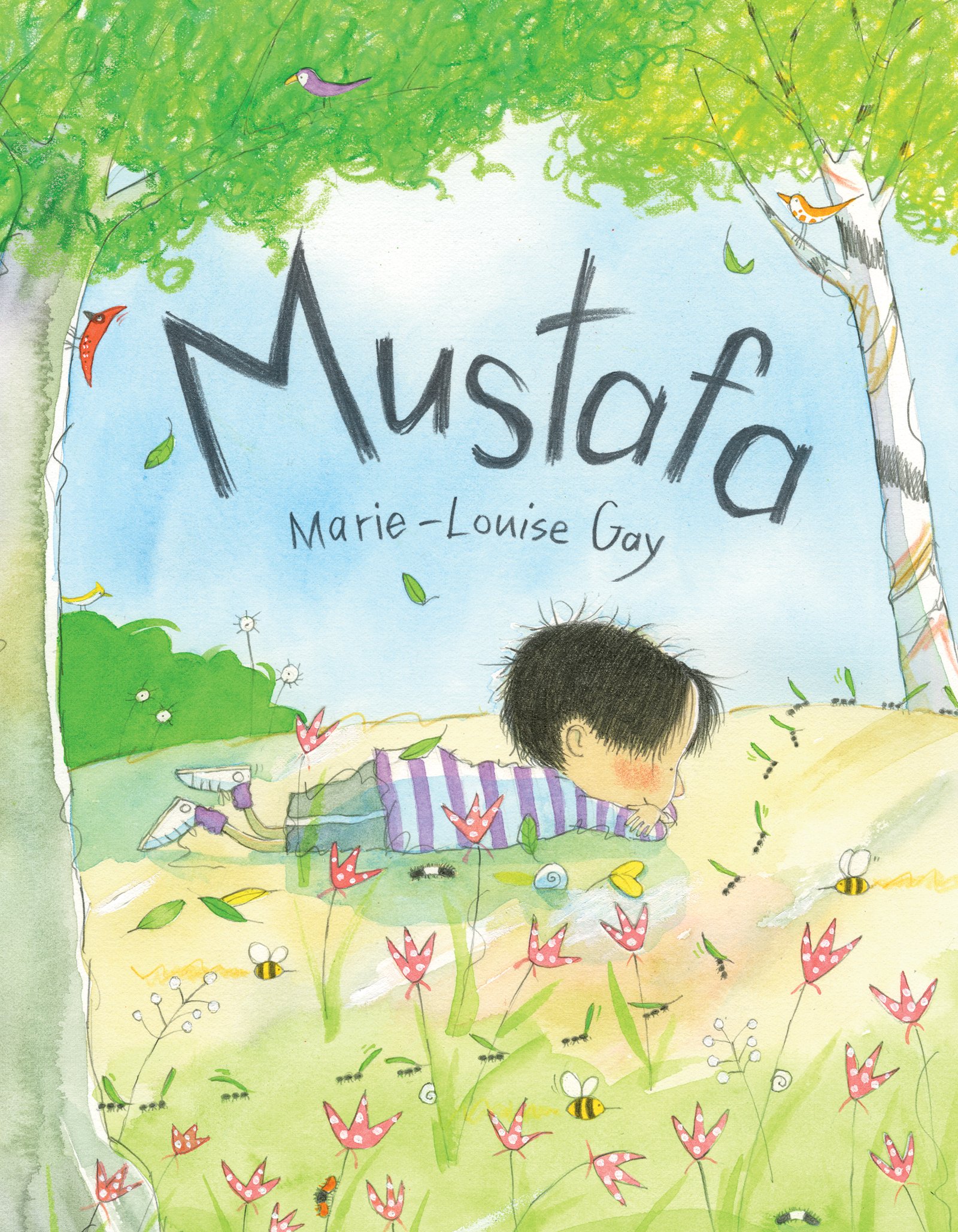 “The story of a young boy moving to an unfamiliar place and finding his way, even when another language is spoken, is one that all children should hear. His experience is one that many kids can relate to and others should be aware of. Mustafa is brave and courageous, putting himself out there to learn about the world around him and make a new friend.”
—School Library Journal, Starred Review

Mustafa and his family traveled a long way to reach their new home. Some nights Mustafa dreams about the country he used to live in, and he wakes up not knowing where he is. Then his mother takes him out to the balcony to see the moon — the same moon as in their old country. In the park, Mustafa sees ants and caterpillars and bees — they are the same, too. He encounters a “girl-with-a-cat,” who says something in a language that he can’t understand. He watches an old lady feeding birds and other children playing, but he is always looking in from the outside and he feels that he is invisible. But one day, the girl-with-the-cat beckons to him, and Mustafa begins to become part of his new world