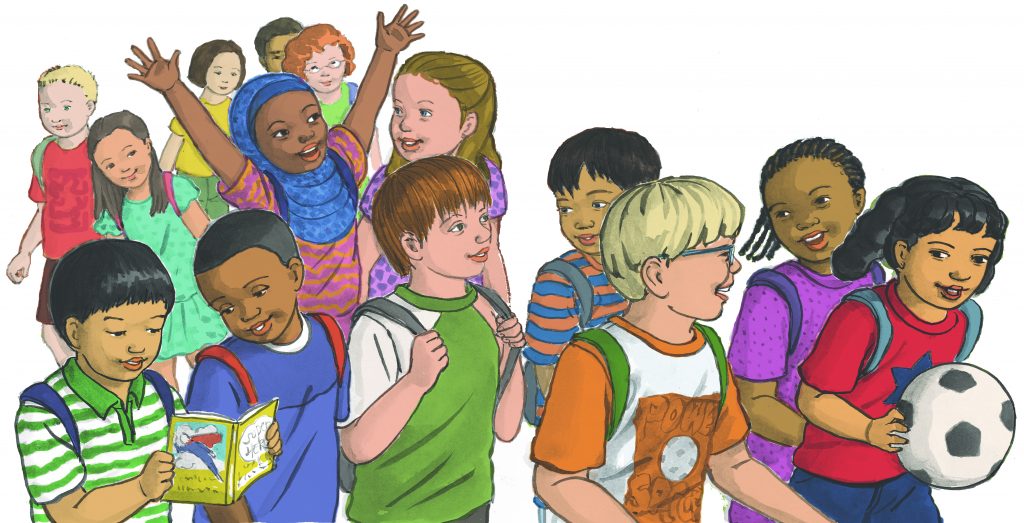 Portland, ME—“Being new feels happy, shy and scared,” said a Portland third grader in a recent interview. This summer, thirty-five Hall School children shared their feelings about being “new,” being a new arrival and what it looks like to be welcoming to new arrivals with Maine author/illustrator Anne Sibley O’Brien.

The video, featuring their thoughtful responses, will premiere at the Portland Public Library’s Rines Auditorium on Saturday, September 19th at 2:00PM in celebration of National Welcoming Week and the release of Anne Sibley O’Brien’s children’s book on immigration, I’M NEW HERE.

At the library event, the stars of the video, their families, and the entire Portland community will be welcomed down the red carpet with flash bulbs popping. The event will include the video screening by Maine videographer Fred Ben, book sales and signing, community responses to welcoming, and snacks from the city’s various multicultural markets.

“Author Anne Sibley O’Brien’s book I’M NEW HERE and her visit opened up our students’ thinking about universal feelings,” said Tina Mikkelsen, a community coordinator for Portland Public Schools. ”Immigration is not a universal experience, but being new is. Anne’s discussion with our summer school students created a space for empathy and jumpstarted ideas about being welcoming to both new students and immigrants.” 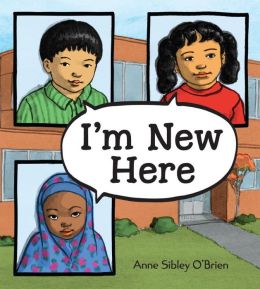 In I’M NEW HERE (Charlesbridge Publishing), a picture book for elementary school children, the three characters are recent immigrants – Maria from Guatemala, Jin from Korea, and Fatima from Somalia. Each has trouble speaking, writing, and sharing ideas in English. Through self-determination and with encouragement from their peers and teachers, the students learn to feel confident and comfortable in their new school without losing a sense of their home country, language, and identity. In a starred review, Kirkus Reviews said, “Whether readers are new themselves or meeting those who are new, there are lessons to be learned here about perseverance, bravery, and inclusion, and O’Brien’s lessons are heartfelt and poetically rendered.” The book was featured in the August 23 New York Times Sunday Book Review.

“Over the years as I was doing school presentations and creating books, I noticed there was a missing piece in how we often perceive and portray immigrant children,” says O’Brien. “There is a sense that these children arrive as ‘blank slates.’  With this book, I wanted to show that these children bring with them full, complete, rich lives in which they have already accomplished so much and know so much. And now they have to build a new life all over again.”

Fred Ben’s video of Hall School students’ ideas on welcoming immigrants will be shared nationwide in a campaign of welcoming based on O’Brien’s book. Videographer Fred Ben was himself a new arrival at the age of seven when he came to the United States from the Sudan.  Ben pursued videography partially because of the role TV and film played in teaching him English and American culture.

“Portland, Maine is a model of welcoming,” says Portland School Board member Pious Ali, “We should be proud that not only has this new book come out of Anne’s experiences in our multicultural community, but that the book and video featuring Portland school children will be a model for schools nationally.” 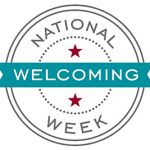 This celebration is part of National Welcoming Week, a series of nationwide events that highlight the contributions of immigrants to America, bringing together recent arrivals and U.S.-born members of receiving communities in a spirit of unity.

The event is sponsored by Portland Public Library and “I’m Your Neighbor,” a project that encourages the use of children’s books to create bridges between new arrival and long-term community members.