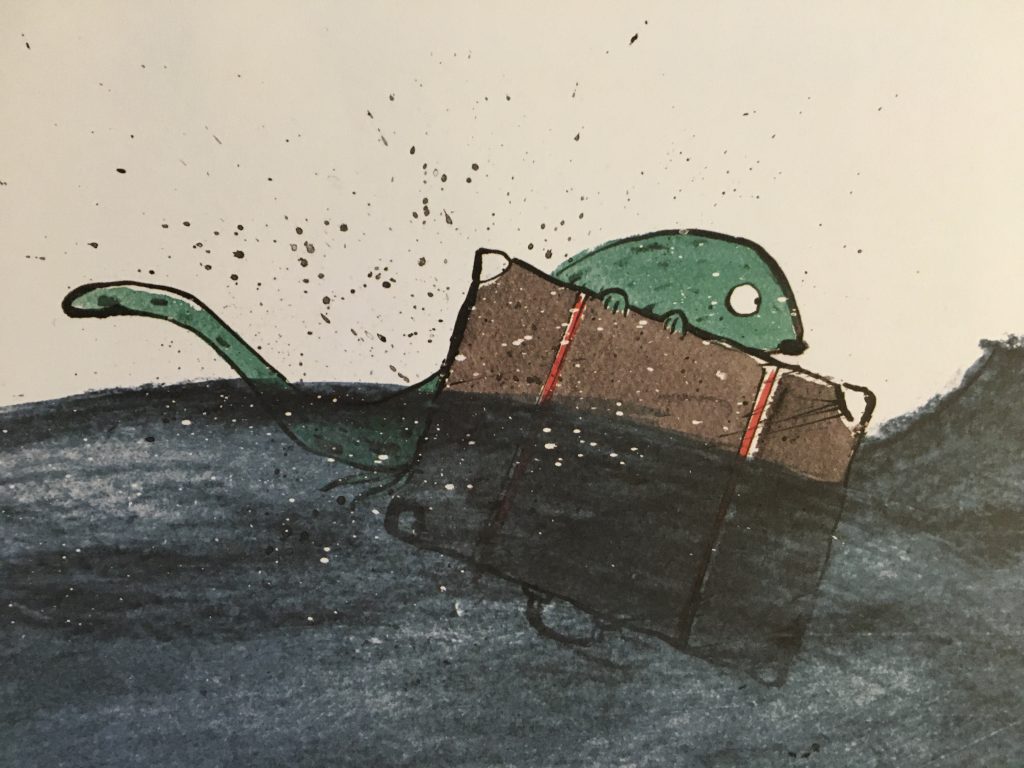 While we are all breathing a sigh of relief, deep harm to individuals, families, and communities was done by these policies.

It makes us think about a suitcase and a shattered tea cup. 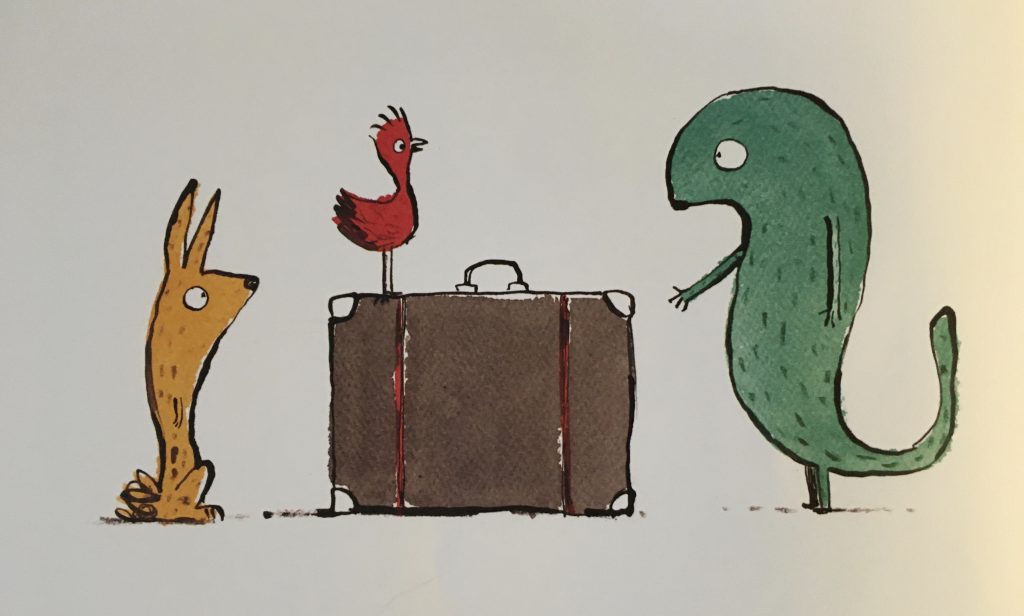 In the picture book The Suitcase, a “strange animal” comes across the water and over the mountain dragging a battered case. The other animals want to know what’s inside.

The Strange Animal reveals in successive pages that the case contains a teacup, a chair, a table, and a cabin to make his tea.

Impossible. The other animals think the Strange Animal is lying and while the strange one sleeps, they break open his suitcase with a rock shattering the teacup inside. 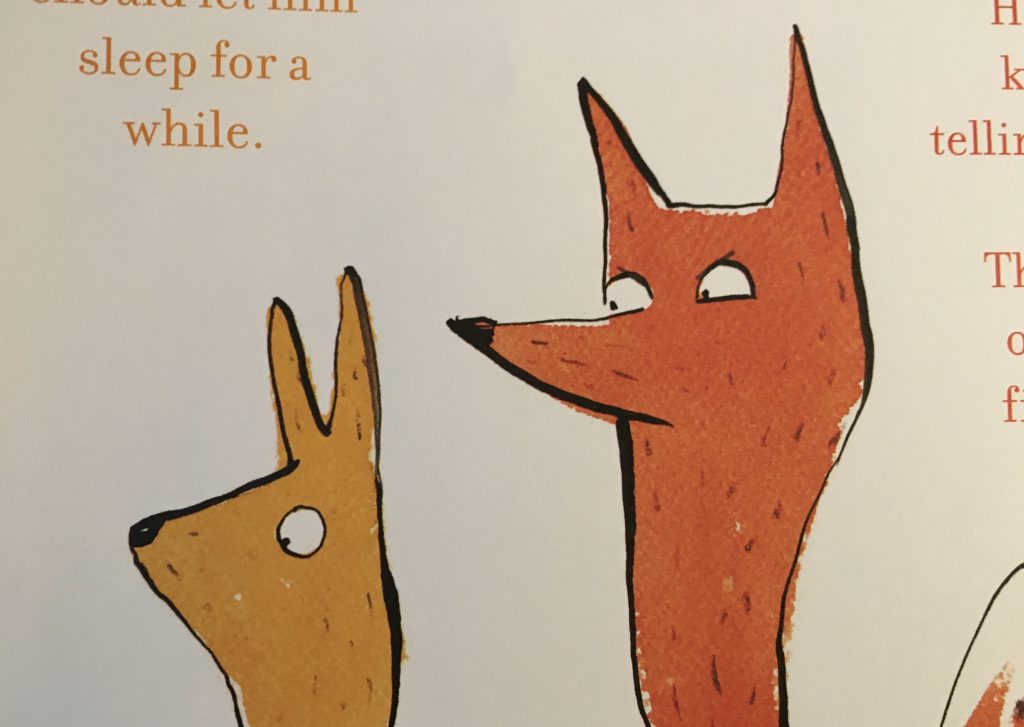 In our country’s xenophobic distrust of people who seek refuge in this country, we have smashed a good deal of teacups—and lives. 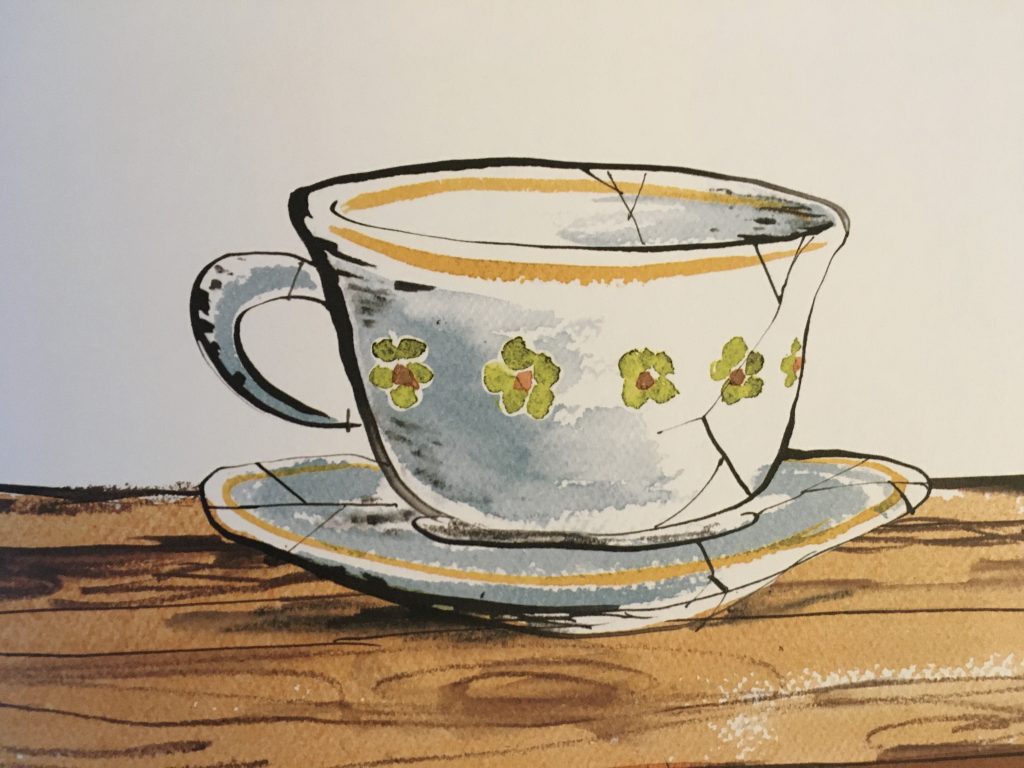 When the animals also find a photograph of the Strange Animal’s homeland with the chair, table, and cabin where he made his tea, they know they need to make amends.

When he awakes, the refugee finds that the citizens of this new country have not only mended the teacup, but rebuilt his home. 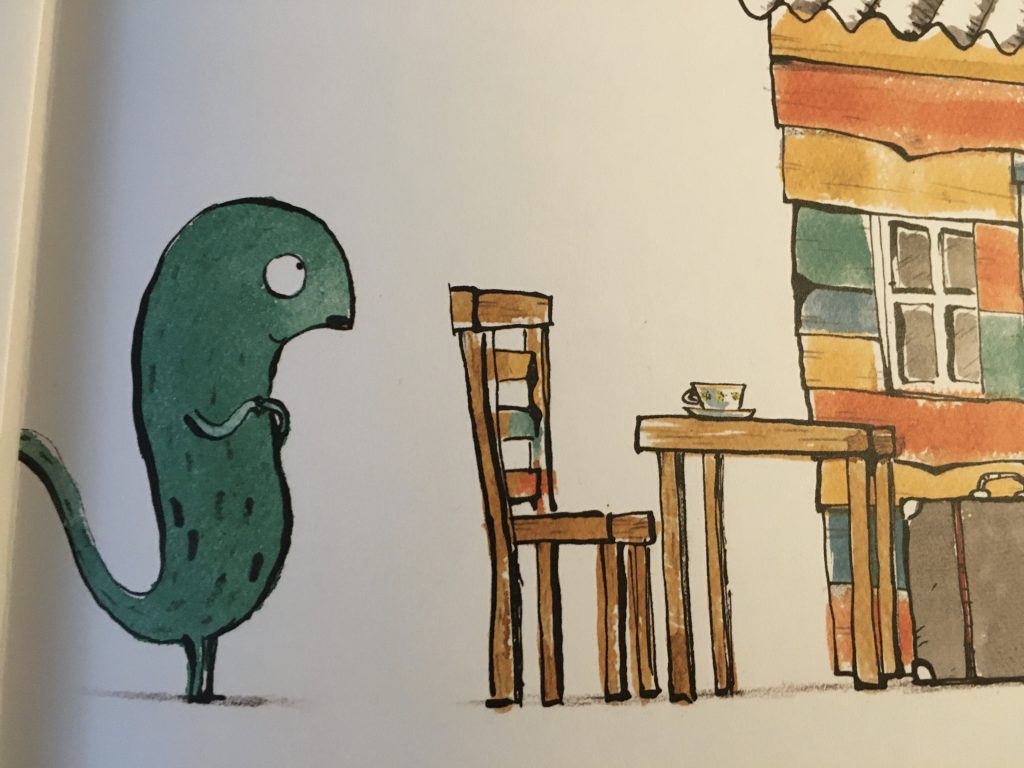 how do we rebuild a welcoming nation?

Books and stories heal. As we lift the Muslim Ban, stop construction on the Border Wall, reunite families separated by ICE and DHS, and open a pathway to citizenship to 11 million undocumented community members, let’s mend our actions and remake our mindset with books. 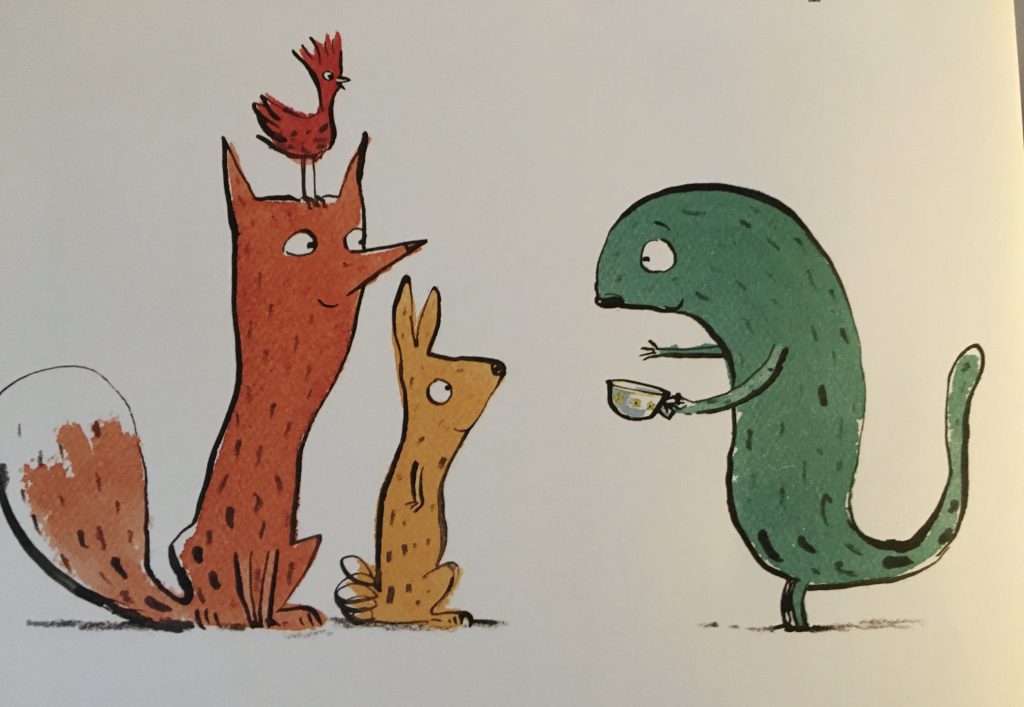 In the end of The Suitcase, the new citizen says there is just “one tiny problem” with his new home.

If I’m Your Neighbor Books can help you create more teacups or welcoming, reach out . We can assist you with grant writing and even conversation starters.

And, while you’re here, let us get you some tea…