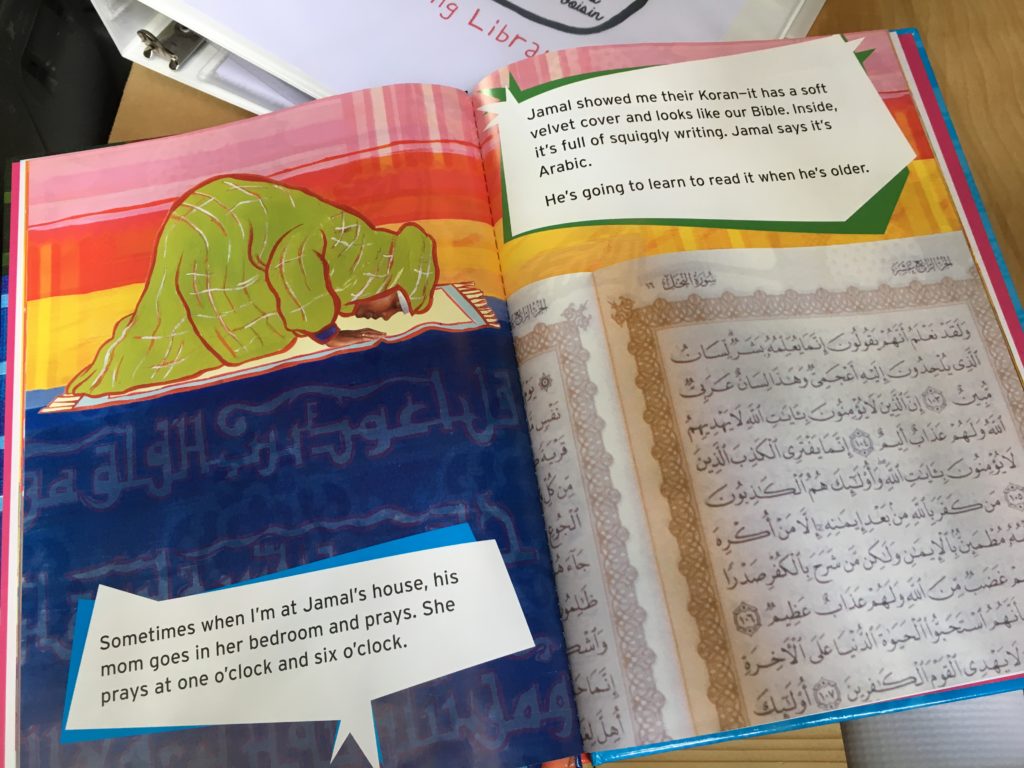 The Welcoming Library was hosted by Maine’s LearningWorks for five weeks in the summer of 2018 to serve their summer school programming. When the I’m Your Neighbor team went to pick up the collection on the final day of summer school, an educator recounted this story.

She was reading the picture book My Friend Jamal (Annick Press) to a classroom of soon to be third graders. When she got to the spread where the Somali aunt is praying, a boy in the class raised his hand. She was shocked. This particular student had not volunteered to speak in class all summer, nor had he engaged much with his classmates. This was the first time he had raised his hand and the first time he had given the teacher more than a one word answer.

When she called on him, the boy said, “You did not read the whole page.” She looked down at the book and told the boy that she had, in fact, read all the words on the page. The boy stood up, approached her, and politely asked for the book. He then proceed to read the open spread from the Quran that is depicted in a photograph on the page.

One of the boy’s fellow Muslim classmates understood that the boy’ ability to read the Arabic was on the level of a young scholar. This classmate started to clap. The other Muslim students started to cheer, and then the whole class joined in.

This is the goal of the project, to show the strength, intelligence, and caring of the New Arrivals and New Americans individuals and families (and counteract the rhetoric around their perceived deficiencies and burden on our country).

This is an example of what poet Amit Majmudar observed as possible for people and literature. He said, “The true meeting takes place when the book opens, and a stranger reads about — and comprehends — a stranger.” The Welcoming Library facilitates these “true meetings.”