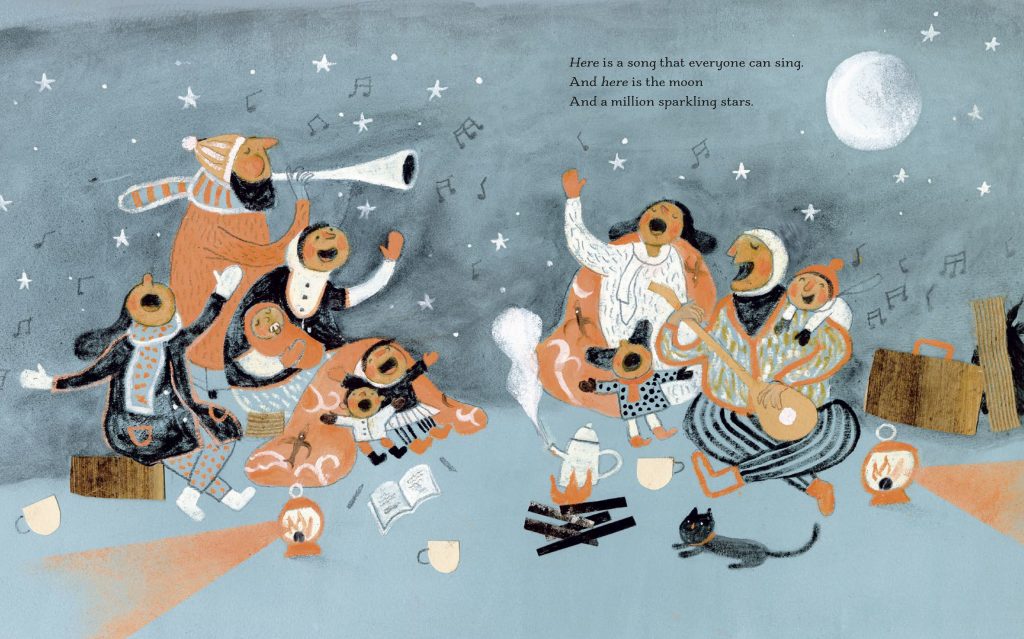 “Here is our journey that holds…the openness of a story.” —Story Boat

Bob Shumway embodied “the power of stories and reading to transport,” his daughter Larissa said. His daughter Aldona remembers him on the beach in Maine engrossed in a book or making up fantastical stories for them. As children, Larissa, Aldona, and Larry Shumway tried to convince other children that their father was a cowboy because his stories convinced them (sometimes) that he actually was. On a family trip they even adopted the cowboy names Buck, Slim, and Dolly.

“He was always joking, telling stories, and reading,” Aldona, his daughter and I’m Your Neighbor Books board member said. “And making music. He could play piano, guitar, saxophone, and sing beautifully. At a concert, Tony Orlando handed him the mike for a quick chorus. Hearing my father could really sing, Orlando let Dad sing on.”

For 32 years Bob was married to Aldona, the namesake of their first daughter and an immigrant from Lithuania. Her family left their home country when she was three years old, living for some time in a WWII displaced persons camp before coming to America. Bob and Aldona’s childhoods were quite different, but after meeting each other at a job in Worcester, Massachusetts, they continued together on a shared journey. The Shumway family lost Bob to cancer in 1993, years before he could regale his five grandchildren with cowboy stories.

Aldona Shumway (Senior) recently made a donation to I’m Your Neighbor Books in her husband’s memory. We will use that gift to continue our work founded on “the power of stories and reading to transport.”

In honor of Aldona’s childhood migration and Bob’s storytelling, we will distribute and celebrate the picture book Story Boat.  The book is about a girl that tells fantastical stories to distract her younger brother as they walk away from their home country towards a new one. Like Bob Shumway’s stories, some of the girl’s stories are told beside the sea.

I’m Your Neighbor Books will be constructing an interactive storytelling kit for Story Boat complete with kid-powered waves and a tea cup big enough to carry two children across those waves. We will premiere that kit in a Portland, Maine parade honoring child refugees.

2 Responses to “The Power of Reading to Transport”